6-Jun-2017 10:05 AM EDT, by Perelman School of Medicine at the University of Pennsylvania contact patient services
favorite_border 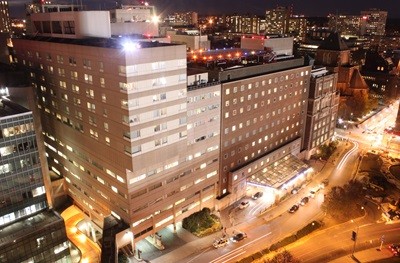 The Hospital of the University of Pennsylvania, Philadelphia, PA

Newswise — PHILADELPHIA — Penn Medicine has been named #7 on Forbes magazine’s annual “Best Employers in America” list ranking mid-sized and large employers across the nation. Other organizations listed in the top ten include Costco, Google, and REI, placing Penn Medicine among some of the most well-known and influential companies in the nation.

As the highest-rated academic medical center in the Philadelphia region, Penn Medicine offers wide-ranging career opportunities for physicians, nurses, researchers, and many other health professionals and support staff. These diverse career paths in combination with top-notch benefits and a culture dedicated to teamwork, flexibility, variety, and professional development are the driving force behind Penn Medicine’s national and international reputation for excellence in health care.

“We are extremely proud of the exceptional care we offer our patients, which is sustained by the commitment, compassion, and talent exhibited by every single person who works at Penn Medicine,” said Ralph W. Muller, CEO of the University of Pennsylvania Health System. “Our staff is our greatest asset as we work together to continue our efforts as a health care leader.”

Penn Medicine faculty, staff, and students are also encouraged to share their knowledge and skills to benefit the community through free health clinics and screenings, disease prevention and treatment education, support groups for patients and their families, and health care career development. Through its unique CAREs Grant program, Penn Medicine employees can receive financial support for the purchase of supplies and other resources needed to perform this important work in the community, which is a key pillar of Penn Medicine’s mission.

“Our faculty and staff are the cornerstone of Penn Medicine’s reputation as a world-renowned academic medical center,” said J. Larry Jameson, MD, PhD, dean of the Perelman School of Medicine at the University of Pennsylvania and Executive Vice President of the University for the Health System. “Their lifesaving work each day propels our mission in every domain of our work.”

Forbes partnered with research firm Statista, of Hamburg, Germany, to build its list of best employers. Statista surveyed 30,000 U.S. workers, asking them if they would recommend their organization to friends or family.

“Those results were the most important factor in determining the list,” Forbes wrote in a recent article about the rankings.

Penn Medicine’s history of quality care and innovation began more than two-and-a-half centuries ago with the founding of the nation’s first hospital, Pennsylvania Hospital, in 1751 and the nation’s first medical school at the University of Pennsylvania in 1765. Penn Medicine has consistently pioneered medical “firsts” with a faculty and staff comprised of innovators who have dedicated their lives to advancing medicine through excellence in education, research, and patient care.

The health system continues to grow in both its reach and efforts to provide high-quality and innovative patient care and career opportunities. In late 2016, Penn Medicine announced plans to partner with Princeton HealthCare System, further building its presence in central and southern New Jersey. In May, Penn Medicine unveiled plans for a $1.5 billion new hospital on Penn Medicine’s West Philadelphia campus. That facility, known as the Pavilion, will be the largest capital project in Penn’s history and Philadelphia’s most sophisticated and ambitious health care building project, offering employment opportunities throughout the building’s construction as well as new opportunities in research and clinical care once it is complete in 2021.

The full list of Forbes’ “Best Employers in America” is available online.