19-Jan-2015 2:00 PM EST, by Perelman School of Medicine at the University of Pennsylvania contact patient services 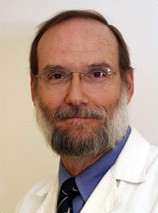 Roderic G. Eckenhoff, MD, vice chair for Research and the Austin Lamont Professor of Anesthesiology and Critical Care at the Perelman School of Medicine at the University of Pennsylvania

Newswise — PHILADELPHIA – Penn Medicine researchers, in a continuation of their groundbreaking work to better understand how anesthesia works in the body, have found the first new class of novel anesthetics since the 1970s. Their findings, published in February issue of Anesthesiology, detail the processes through which the group uncovered these compounds. The team, led by Roderic G. Eckenhoff, MD, vice chair for Research and the Austin Lamont Professor of Anesthesiology and Critical Care at the Perelman School of Medicine at the University of Pennsylvania, notes that the development of novel anesthetics has historically been a process of combined serendipity and empiricism, with most new anesthetics developed via modification of existing anesthetics. Propfol, the most commonly used anesthetic in the US, and the most recently developed (in the 1970s) was very much a product of empiricism. It was originally developed in the UK and shelved because patients were having anaphylactic reactions and reformulated to include soybean oil and water. While it has been improved, propofol remains a highly potent anesthetic.

Eckenhoff believes new anesthetics are needed because current ones have a host of side effects that can be dangerous if not administered by trained specialists. “Our previous work looked at the importance of ion channels as anesthetic targets. Ion channels are specialized protein conduits that open in response to stimuli and allow ions to cross the cell membranes of nerve cells and influence their communication with other cells in the brain,” explains Eckenhoff. “Despite the clear role for ion channels in normal brain function, little is known about how they interact with anesthetics. We have therefore used simplified versions of ion channels as surrogates to understand anesthetic action.” One such surrogate turned out to be ferritin, an abundant natural protein that was easy for the team to characterize, and that made this drug discovery project possible. In this study, the team first miniaturized an assay based on ferritin and a drug-like molecule they had previously characterized, aminoanthracene, to test the ability of more than 350,000 compounds to behave like anesthetics – at least in the test-tube. This “high throughput screening” process was performed in collaboration with the National Chemical Genomics Center (NCGC) at the NIH. This is a project requiring millions of separate assays, something that would normally have taken decades of work. At the NCGC, it took a week. The team then had to validate that the “hits” from this assay behaved like anesthetics in an animal, not just a test-tube. This “secondary” assay, performed by Andrew McKinstry-Wu, MD, an instructor in the department of Anesthesiology and Critical Care, resulted in two of the compounds being identified as effective and non-toxic anesthetics in mice, and both were of a novel chemical class, completely unrelated to any current general anesthetic.

"Our goal was to identify compounds with high potency, but low toxicity” explains Eckenhoff. “But we are a long way from getting these drugs into people." He emphasizes that the primary conclusion of this work is that, “it provides a new approach to identifying novel anesthetics, and we now have at least two compounds that we can optimize and test further.” This work was funded by the NIH Small Grant Program (R03 MH 084836) and a Program Project Grant (P01 GM 55876) and the NIH Roadmap for Medical Research (U54MH084681). # # # Penn Medicine is one of the world's leading academic medical centers, dedicated to the related missions of medical education, biomedical research, and excellence in patient care. Penn Medicine consists of the Raymond and Ruth Perelman School of Medicine at the University of Pennsylvania (founded in 1765 as the nation's first medical school) and the University of Pennsylvania Health System, which together form a $4.3 billion enterprise.