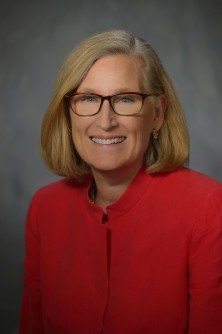 Each year, GWIMS, a professional development group of the AAMC, presents awards to an individual and an organization that “demonstrate a significant impact on the advancement of women's roles in academic medicine and science.”

Driscoll is widely recognized as a transformative leader and is one of the world's leading obstetrician-gynecologist geneticists specializing in the care of women with genetic disorders. Her accomplishments include pioneering research of the genetic disorders DiGeorge/velocardiofacial syndrome and 22q11.2 deletion syndrome, which can result in a wide range of congenital anomalies and learning difficulties.

At Penn, she has created one of the most highly regarded OB/GYN departments in the country for research, innovative clinical programs and teaching. She is an inspiring role model for women in academic medicine and committed to advancing the careers of physician investigators. Driscoll is also the director of the Penn’s Center for Research on Reproduction & Women’s Health and the March of Dimes Prematurity Research Center. She has received a number of teaching awards at Penn, including the Lindback Award for Distinguished Teaching. Driscoll was elected to the National Academy of Medicine, one of the nation’s premier biomedical honors, in 2010. She is president of the American Board of Obstetrics and Gynecology and past-president of the Council of University Chairs in Obstetrics and Gynecology.

A graduate of Smith College and New York University School of Medicine, Driscoll completed her residency in obstetrics and gynecology at the Hospital of the University of Pennsylvania and a fellowship in clinical and molecular genetics at Penn.