14-Apr-2016 9:05 AM EDT, by Perelman School of Medicine at the University of Pennsylvania contact patient services
favorite_border 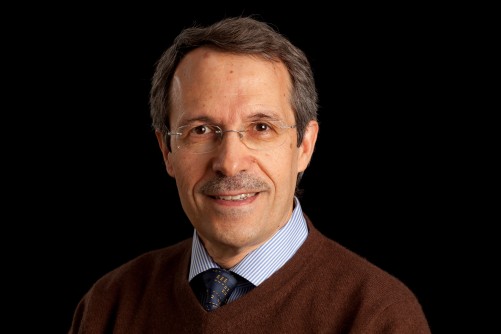 Newswise — PHILADELPHIA — Josep Dalmau, MD, PhD, an adjunct professor of neurology and founder and director of the Penn Center of Autoimmune Neurology in the Perelman School of Medicine at the University of Pennsylvania, will be honored as a recipient of the American Academy of Neurology’s 2016 Cotzias Lecture and Award, at the organization’s 68th annual meeting taking place April 15-21 in Vancouver.

The Cotzias Lecture and Award is named for George C. Cotzias, MD, (1918-1977), who together with colleagues, developed L-Dopa treatment, the most commonly used intervention for Parkinson's disease.

Dalmau will deliver the lecture “Antibody mediated disorders of the synapse” at the Presidential Plenary Session on Sunday, April 17, 9:00 a.m.-12:00 p.m.In the last nine years Dalmau has identified nine autoimmune brain diseases. He is a world authority on autoimmune and paraneoplastic disorders affecting the nervous system, a group of rare immune responses that attack the brain and spinal cord, including in people who have cancer and benign tumors. These disorders often cause encephalitis (inflammation of the brain) and can hamper memory, thinking skills, sensory perception, muscle movement, coordination, and bowel and bladder functions. They can result in difficulty speaking and breathing and cause personality changes, mood disturbances, seizures, hallucinations, spasms, and sleep problems. In some patients cancers associate with these diseases including lung, breast, ovarian, and cancers of the blood. The Cotzias Lecture will include a discussion of advances in these diseases particularly anti-NMDA receptor encephalitis, an autoimmune neurologic disease first identified by Dalmau and colleagues at Penn in 2007. When the disease is present, the body creates antibodies against NMDA receptors in the brain. Among other things, NMDA receptors control memory and behavior. These antibodies disrupt normal brain signaling and cause psychosis, severe memory problems and other neurologic symptoms. Anti-NMDA receptor encephalitis can affect both men and women; however it is more common among women, including those with an ovarian teratoma, and children, who usually do not have a tumor. The disease was often difficult to diagnose, but a test developed at Penn is now available worldwide. With appropriate treatment, including immunotherapy, more than 81 percent of patients significantly improve and, with a recovery process that takes an average of two years, can fully recover.

In 2015 Dalmau was elected to the National Academy of Medicine (formerly the Institute of Medicine), one of the highest honors in the fields of health and medicine. He has published over 320 manuscripts in leading journals, and his papers are among the most cited his field. In 2015 Dr. Dalmau was listed by Thomson Reuters as one of the most highly cited investigators in the world in the fields of behavior and neuroscience. He has received numerous awards, including the Career Award (European Society of Neuroimmunology), Developmental Clinical Oncology Career Award (American Cancer Society), Frontiers in Clinical Neuroscience Award (American Academy of Neurology), George W. Jacoby Award (American Neurological Association), Editors of Brain Award (Association of British Neurologists), Neuroscience of Brain Disorders Award (McKnight Foundation), and Neuroscience Research Program Award (Charles A. Dana Foundation).

His research has been funded by the National Institutes of Health, the Spanish Health Institute, the Charles A Dana Foundation, the McKnight Foundation, and the American Cancer Society, among others.