2-Mar-2017 10:05 AM EST, by University of Pennsylvania School of Nursing
favorite_border 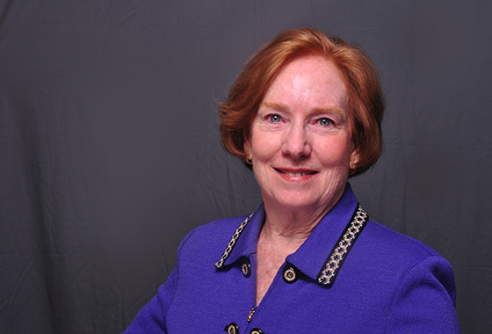 Linda H. Aiken, PhD, FAAN, FRCN, RN, the Claire M. Fagin Leadership Professor in Nursing, Professor of Sociology, and Director of the Center for Health Outcomes and Policy Research at the University of Pennsylvania School of Nursing (Penn Nursing), and Senior Fellow of Penn’s Leonard Davis Institute for Health Economics.

Newswise — PHILADELPHIA (March 2, 2017) – Linda H. Aiken, PhD, FAAN, FRCN, RN, the Claire M. Fagin Leadership Professor in Nursing, Professor of Sociology, and Director of the Center for Health Outcomes and Policy Research at the University of Pennsylvania School of Nursing (Penn Nursing), and Senior Fellow of Penn’s Leonard Davis Institute for Health Economics has been named the 2017 recipient of the International Council of Nurses’ (ICN) Christiane Reimann Prize.

The world-renowned ICN award is presented every four years to a nurse who has made a significant impact on the nursing profession internationally, or through the nursing profession for the benefit of humanity. Aiken will receive the award at the ICN Congress in Barcelona, Spain on May 27, 2017, where she will also be a keynote speaker on results of her research to improve quality and safety of hospital care and patient outcomes.

“For over two decades in 30 countries Penn Nursing’s Center for Health Outcomes and Policy Research has created an evidence base to guide better use of nursing resources to improve patient outcomes. It is a tremendous honor to receive this international award as it signifies that our research is having an impact globally,” said Aiken.

“Dr. Linda Aiken is well deserving of this recognition for her world-wide contributions to nursing, healthcare, and policy,” said Penn Nursing Dean Antonia Villarruel. “Her scholarship has shaped policy to create health care environments that allow nurses to provide the highest quality care and which ensures the best health outcomes for patients. Dr. Aiken has illuminated the critical role of nurses in patient care, research, and health policy.”The Christiane Reimann Prize bears the name of ICN’s first full time Executive Secretary, and is funded by a trust reserve established through her will.

About Dr. AikenDr. Aiken’s pioneering research has created an evidence base showing the importance of nurses caring for fewer patients each, having most nurses with bachelor’s or higher qualifications, and improving nurse work environments. Aiken documented that 30-day mortality after common surgical procedures increased by seven percent for each additional patient added to a nurse’s workload, and that for each 10 percent increase in nurses with BSN degrees, there was a five to seven percent decline in risk-adjusted mortality. She has also demonstrated that organizations that support professional nursing practice by involving nurses in decision-making have better patient outcomes than matched organizations with poor work environments.

California’s development of state-mandated nurse-to-patient ratios in hospitals and public reporting of these ratios in other states were influenced by Aiken’s research. Beyond the US, her research was key to the adoption of safe nurse staffing mandates in Wales, Ireland, and the state of Queensland, Australia. The National Academy of Medicine’s 2010 recommendation that 80 percent of US nurses have a bachelor’s degree by 2020, and the European Parliament’s 2013 decision to recommend university education for nurses in the European Union, reflect her research.

She is director and founder of Penn Nursing’s Center for Health Outcomes and Policy Research. RN4CAST, one of the center’s projects and based on her research, is the largest study of its kind on nursing care and patient outcomes in the US, Europe, Asia, South Africa, Australia, and Chile. RN4CAST has been implemented in 30 countries and funded by many sources, including the National Institutes of Health and the European Commission.

In another center study, Aiken and colleagues from Penn Nursing, Penn’s Leonard Davis Institute of Health Economics, and the Children’s Hospital of Philadelphia demonstrated that better hospital nurse work environments produce higher value care by achieving lower mortality with similar or lower costs, especially for higher-risk surgical patients. Aiken led the effort to improve clinical work environments for nurses when she was president of the American Academy of Nursing in 1979. This led to the development of the Magnet Recognition Program®, a voluntary accreditation program for nursing that represents a high-quality working environment for nurses that results in better patient outcomes. She is also an authority on nurse shortages around the world.

Aiken has received the major research awards in her field of health services and policy research. In 2014, she received the Gustav O. Lienhard Award from the National Academy of Medicine for her research, which has impacted practice and policy in the US and more than 30 countries. She has also been honored as the first nurse to receive the top awards in health services research, including the Distinguished Investigator Award from AcademyHealth and the Baxter Graham Prize in Health Services Research from the Association of University Programs in Health Administration. Aiken was an Inaugural Awardee in Sigma Theta Tau International Nurse Researcher’s Hall of Fame. She received her PhD in sociology from the University of Texas at Austin, and her Master of Nursing and Bachelor of Science in Nursing from the University of Florida.###