28-Feb-2019 11:05 AM EST, by University of Pennsylvania School of Nursing
favorite_border 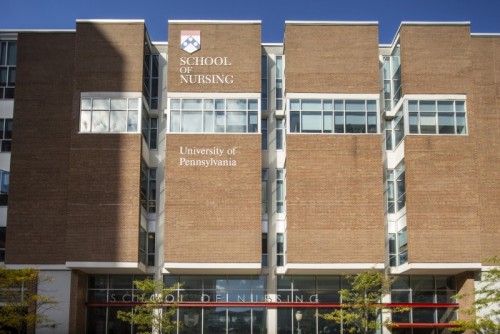 The University of Pennsylvania School of Nursing (Penn Nursing)

Newswise — PHILADELPHIA (February 28, 2019) -- The University of Pennsylvania School of Nursing (Penn Nursing) remains the number one nursing school in the world according to a recent ranking by QS World University. The rankings highlight the world’s top universities in 48 different subject areas (as of 2019) based on academic reputation, employer reputation, and research impact. This is the fourth consecutive year that Penn Nursing has taken the top spot.

“We are so proud to once again be ranked #1 in the world for schools of nursing, as we continue our efforts to be # 1 for the world,” said Penn Nursing Dean Antonia Villarruel. “At Penn Nursing, our mission is to make a significant impact on health by advancing science, promoting equity, demonstrating practice excellence, and preparing leaders in the discipline of nursing. Our renowned faculty and exceptional students conduct innovative, collaborative, and impactful research and are immersed in state-of-the-science clinical, global, and community-based settings to advance learning and practice. All of these things are integral to us achieving our ultimate goal: to help people everywhere live their best lives.”

The QS World University Rankings by Subject rankings aim to help prospective students identify the world’s leading schools in their chosen field. Each of the subject rankings is compiled using four sources. The first two of these are QS’s global surveys of academics and employers, which are used to assess institutions’ international reputation in each subject. The second two indicators assess research impact, based on research citations per paper and h-index (a way of measuring both the productivity and impact of the published work) in the relevant subject.

These four components are combined to produce the results for each of the subject rankings, with weightings adapted for each discipline. In 2019, the QS World University Rankings by Subject were based on responses from more than 83,000 academics worldwide.

The University of Pennsylvania School of Nursing is one of the world’s leading schools of nursing. For the third year in a row, it is ranked the #1 nursing school in the world by QS University and is consistently ranked highly in the U.S. News & World Report annual list of best graduate schools. Penn Nursing is currently ranked # 1 in funding from the National Institutes of Health, among other schools of nursing, for the second consecutive year. Penn Nursing prepares nurse scientists and nurse leaders to meet the health needs of a global society through innovation in research, education, and practice. Follow Penn Nursing on: Facebook, Twitter, LinkedIn, & Instagram.