5-Sep-2019 11:00 AM EDT, by Perelman School of Medicine at the University of Pennsylvania contact patient services
favorite_border 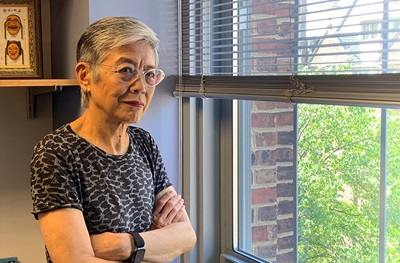 Newswise — PHILADELPHIA – Virginia M.Y. Lee, PhD, the John H. Ware 3rd Professor in Alzheimer’s Research in the Department of Pathology and Laboratory Medicine and director of the Center for Neurodegenerative Disease Research at the University of Pennsylvania, will receive the Breakthrough Prize in Life Sciences. The award recognizes Lee’s work in understanding how different forms of misfolded proteins can move from cell to cell and lead to disease progression in Alzheimer’s disease, Parkinson’s disease, and other dementias and movement disorders.

“It is an honor to receive such a prestigious award, and this funding will help us as we continue to push for a greater understanding of these diseases that can ultimately help us find ways to help millions of these patients,” Lee said.

Lee’s research focuses on proteins that form pathological inclusions in Alzheimer’s disease, Parkinson’s disease, and related neurodegenerative disorders. She discovered tau, alpha-synuclein, and TDP-43 as the critical proteins, and further clarified the role they play in each disease. She demonstrated that cell-to-cell transmission of these pathological proteins explains how each disease progresses. This research has opened up new avenues of research to identify targets for drug discovery to develop better treatments for patients with these disorders.

Now in its eighth year, the Breakthrough Prize recognizes the world’s top scientists. Each prize is $3 million and presented in the fields of Life Sciences (up to four per year), Fundamental Physics (one per year) and Mathematics (one per year). In addition, up to three New Horizons in Physics and up to three New Horizons in Mathematics Prizes are given out to early career researchers each year. The new laureates will be recognized at the eighth annual Breakthrough Prize gala awards ceremony Sunday, November 3, at NASA Ames Research Center in Mountain View, California, and broadcast live on National Geographic.

The Perelman School of Medicine has been ranked among the top medical schools in the United States for more than 20 years, according to U.S. News & World Report's survey of research-oriented medical schools. The School is consistently among the nation's top recipients of funding from the National Institutes of Health, with $425 million awarded in the 2018 fiscal year.

Penn Medicine is powered by a talented and dedicated workforce of more than 40,000 people. The organization also has alliances with top community health systems across both Southeastern Pennsylvania and Southern New Jersey, creating more options for patients no matter where they live.

Penn Medicine is committed to improving lives and health through a variety of community-based programs and activities. In fiscal year 2018, Penn Medicine provided more than $525 million to benefit our community.