4-Dec-2020 8:40 AM EST, by Perelman School of Medicine at the University of Pennsylvania contact patient services
favorite_border 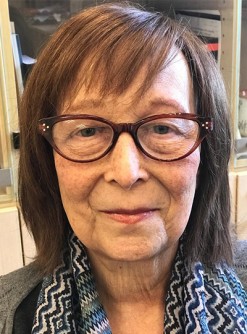 Newswise — PHILADELPHIA – The Basser Center for BRCA at the Abramson Cancer Center of the University of Pennsylvania, the world’s first comprehensive center aimed at advancing research, treatment, and prevention of BRCA-related cancers, is pleased to announce Bella Kaufman, MD, of the Sheba Medical Center in Tel-Hashomer, Israel, as the recipient of the eighth annual Basser Global Prize.

Kaufman is the director of the Breast Oncology Institute, as well as the president of Sheba Comprehensive Cancer Center at the Sheba Medical Center.

Kaufman is a leading clinician and breast cancer researcher in the field of BRCA genetics, and has been an investigator on many important clinical trials, such as several essential to the development of PARP inhibitors for the treatment of BRCA-related cancers.

Kaufman is a also founder and leader of the Israeli Consortium for Hereditary Breast Cancer and an international leader in the breast cancer and BRCA research communities. She was formerly the secretary of the Israeli Breast Group and is currently a member of the Israeli Cancer Association’s research committee and steering committee. She has published more than 125 papers and presented at dozens of scientific meetings around the world.

“I am very excited to receive the 2020 Basser Global Prize. It is indeed a great honor to be amongst the list of extremely talented people who have contributed so much to the advancement of breast cancer research and treatment,” Kaufman said.

Professor Yitshak Kreiss, Director General of Sheba Medical Center added, “Dr. Kaufman is a renowned leader in breast cancer research and treatment in Israel and around the world, whose work will change the way we relate to and treat cancer in the immediate future. She joins a growing list of doctors and researchers at Sheba who have impacted our nation and the world, underscoring our ongoing commitment to fomenting hope without boundaries.”

Kaufman will receive the award and give the keynote address at the ninth annual Basser Center for BRCA Scientific Symposium on May 11, 2021.

The Basser Global Prize provides $100,000 in unrestricted support of the winner's BRCA1/2-related research efforts, a Basser sculpture, and a $10,000 personal prize, which will be awarded at the symposium.

The Basser Center was established in 2012 with a $25 million gift from University of Pennsylvania alumni Mindy and Jon Gray in memory of Mindy Gray’s sister Faith Basser, who died of ovarian cancer at age 44. To date, Mindy and Jon have donated more than $55 million to the Basser Center in support of research and education to improve treatment and prevention strategies for hereditary cancers.

The Basser Global Prize was established and subsequently endowed by Shari Basser Potter and Leonard Potter.

Penn Medicine is one of the world’s leading academic medical centers, dedicated to the related missions of medical education, biomedical research, and excellence in patient care. Penn Medicine consists of the Raymond and Ruth Perelman School of Medicine at the University of Pennsylvania (founded in 1765 as the nation’s first medical school) and the University of Pennsylvania Health System, which together form a $8.6 billion enterprise.

The Perelman School of Medicine has been ranked among the top medical schools in the United States for more than 20 years, according to U.S. News & World Report's survey of research-oriented medical schools. The School is consistently among the nation's top recipients of funding from the National Institutes of Health, with $494 million awarded in the 2019 fiscal year.

Penn Medicine is powered by a talented and dedicated workforce of more than 43,900 people. The organization also has alliances with top community health systems across both Southeastern Pennsylvania and Southern New Jersey, creating more options for patients no matter where they live.

Penn Medicine is committed to improving lives and health through a variety of community-based programs and activities. In fiscal year 2019, Penn Medicine provided more than $583 million to benefit our community.