5-Sep-2017 10:00 AM EDT, by Perelman School of Medicine at the University of Pennsylvania contact patient services
favorite_border 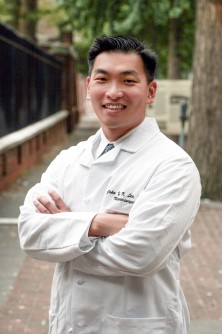 John Y.K. Lee, MD, MSCE, an associate professor of Neurosurgery in the Perelman School of Medicine at the University of Pennsylvania and co-director of the Center for Precision Surgery 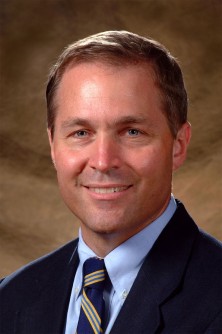 M. Sean Grady, M.D., the Charles Harrison Frazier Professor and Chairman of the Department of Neurosurgery in the Perelman School of Medicine at the University of Pennsylvania

Newswise — PHILADELPHIA – An experimental imaging tool that uses a targeted fluorescent dye successfully lit up the benign brain tumors of patients during removal surgery, allowing surgeons to identify tumor tissue, a new study from researchers at the Perelman School of Medicine at the University of Pennsylvania shows. The tumors, known as pituitary adenomas, are the third most common brain tumor, and very rarely turn cancerous, but can cause blindness, hormonal disorders, and in some cases, gigantism.

Findings from the pilot study of 15 patients, published this week in the Journal of Neurosurgery, build upon previous clinical studies showing intraoperative molecular imaging developed by researchers at Penn’s Center for Precision Surgery can improve tumor surgeries. According to first author John Y.K. Lee, MD, MSCE, an associate professor of Neurosurgery in the Perelman School of Medicine at the University of Pennsylvania and co-director of the Center for Precision Surgery, this study describes the first targeted, near infrared dye to be employed in brain tumor surgery. Other dyes are limited either by their fluorescent range being in the busy visible spectrum or by lack of specificity.

“This study heralds a new era in personalized tumor surgery. Surgeons are now able to see molecular characteristics of patient’s tumors; not just light absorption or reflectance,” Lee said. “In real time in the operating room, we are seeing the unique cell surface properties of the tumor and not just color. This is the start of a revolution.”

Non-specific dyes have been used to visualize and precisely cut out brain tumors during resection surgery, but this dye is believed to be the first targeted, near infrared dye to be used in neurosurgery. The fluorescent dye, known as OTL38, consists of two parts: vitamin B9 (a necessary ingredient for cell growth), and a near infrared glowing dye. As tumors try to grow and proliferate, they overexpress folate receptors. Pituitary tumors can overexpress folate receptors more than 20 times above the level of the normal pituitary gland in some cases. This dye binds to these receptors and thus allows us to identify tumors.

“Pituitary adenomas are rarely cancerous, but they can cause other serious problems for patients by pushing up against parts of their brain, which can lead to Cushing's disease, gigantism, blindness and death,” Lee explained. “The study shows that this novel, targeted, near infrared fluorescent dye technique is a safe, and we believe this technique will improve surgery.”

A big challenge with this type of brain surgery is ensuring the entire tumor is removed. Parts of the tumor issue are often missed by conventional endoscopy approaches during removal, leading to a recurrence in 20 percent of patients. The researchers showed that the technique was safe and effective at illuminating the molecular features of the tumors in the subset of patients with nonfunctioning pituitary adenomas.

The technique uses near-infrared, or NIR, imaging and OTL38 fluoresces brightly when excited by NIR light. The VisionSense IridiumTM 4mm endoscope is a unique camera system which can be employed in the narrow confines of the nasal cavity to illuminate the pituitary adenoma. Both the dye and the camera system are needed in order to perform the surgery successfully.

The rate of gross-total resection (GTR) for the 15 patients, based on postoperative MRI, was 73 percent. The GTR with conventional approaches ranges from 50 to 70 percent. Residual tumor was identified on MRI only in patients with more severe tumors, including cavernous sinus invasion or a significant extrasellar tumor.

In addition, for the three patients with the highest overexpression of folate, the technique predicted post-operative MRI results with perfect concordance.

Co-authors on the study include M. Sean Grady, MD, chair of Neurosurgery at Penn, and Sunil Singhal, MD, an associate professor of Surgery, and co-director the Center for Precision Surgery.

Over the past four years, Singhal, Lee, and their colleagues have performed more than 400 surgeries using both nonspecific and targeted near infrared dyes. The breadth of tumor types include lung, brain, bladder and breast.

Most recently, in July, Penn researchers reported results from a lung cancer trial using the OTL38 dye. Surgeons were able to identify and remove a greater number of cancerous nodules from lung cancer patients with the dye using preoperative positron emission tomography, or PET, scans. Penn’s imaging tool identified 60 of the 66 previously known lung nodules, or 91 percent. In addition, doctors used the tool to identify nine additional nodules that were undetected by the PET scan or by traditional intraoperative monitoring.

Researchers at Penn are also exploring the effectiveness of additional contrast agents, some of which they expect to be available in the clinic within a few months.

“This is the beginning of a whole wave of new dyes coming out that may improve surgeries using the fluorescent dye technique,” Lee said. “And we’re leading the charge here at Penn.”