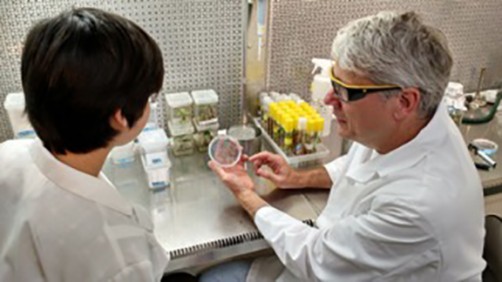 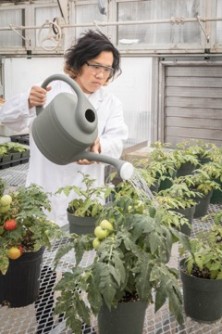 Newswise — A Penn State-led research team is hoping to enlist insects as allies in an effort to make crops more tolerant of environmental stressors, after the crops are already growing in the greenhouse or field.

Led by project director Wayne Curtis, professor of chemical engineering in the College of Engineering, Penn State, the researchers are supported by a four-year cooperative agreement worth up to $7 million through the Defense Advanced Research Projects Agency (DARPA) as part of its Insect Allies program. The program is aimed at using gene therapy techniques to—within a single growing season—make mature plants more resilient in the face of natural and man-made threats such as viruses, pests, fungi, herbicides, drought, pollution, salinity, flooding and frost.

“Currently there is not much a farmer can do to save a crop if weather forecasting predicts a severe drought for the next month," Curtis said. "Even if it’s possible to develop a plant variety that can overcome one type of stress, the nature of new diseases and pests threatens to outpace improvements provided by traditional breeding and genetic modifications. We seek to develop a technology for rapid response that will allow delivery of genes to protect plants as needed after they are planted in the field.”

The team’s approach focuses on reducing the risk of off-target effects by blocking the virus from replicating. To accomplish this, researchers working in a greenhouse environment will use whiteflies to deliver deconstructed viruses encoding beneficial genes into mature tomato plants, with a timing and specificity that improves the plants’ natural stress response to drought and disease.

The team hopes to optimize the effectiveness of this approach using computer modeling of the behavior of whiteflies to coordinate trait delivery with the extent and duration of the plant stressors. The information derived from this model could also play a role in improving stress response in other agricultural systems.

Polston’s expertise, spanning from whitefly-rearing to virus-indexing to greenhouse management strategies, is relevant for conducting research under biocontainment and quarantine as the technology is developed.

And, although his background is in chemical engineering, project director Curtis’ research has always had a strong emphasis on applied biology, especially plants and agriculture. “My Ph.D., almost 30 years ago, was actually on scaling up production of plant medicinal compounds,” he said.

This DARPA award adds another food-security project to Curtis’ portfolio, which also includes projects sponsored by the National Science Foundation and the Bill & Melinda Gates Foundation to improve production of yam, a crop that feeds millions throughout western Africa and tropical nations.

“Food security is the foundation of societal stability that is often taken for granted," Curtis said. "DARPA’s investment in this technology development recognizes this importance.”

Undergraduate and graduate students and postdoctoral scholars interested in working on the Penn State project can find more information at the Curtis Laboratory's website. 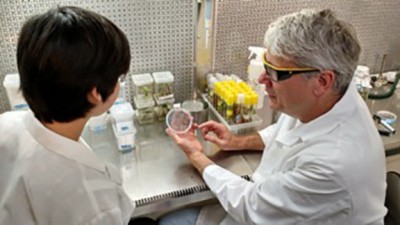 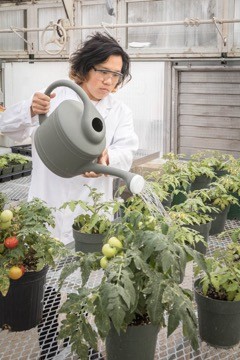