29-Mar-2017 8:05 AM EDT, by Perelman School of Medicine at the University of Pennsylvania contact patient services
favorite_border 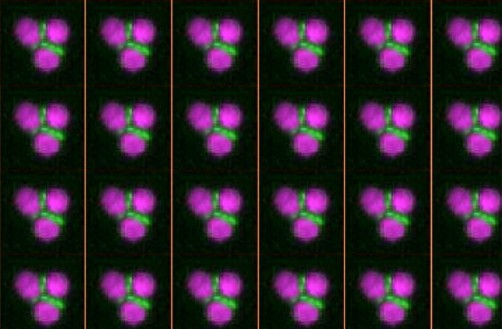 Newswise — PHILADELPHIA – From using fluid in the lungs to better understand the potential of immunotherapy treatments in lung cancer, to tracking circulating tumor cells in prostate cancer, to conducting RNA sequencing of cancer cell clusters from the blood of pancreatic cancer patients, to finding new ways to biopsy tissue from patients who may have esophageal cancer, a series of studies from the Perelman School of Medicine at the University of Pennsylvania demonstrate the promise of new diagnostic methods. Three of the studies focus on liquid biopsies, an innovation which uses blood tests instead of surgical procedures in hopes of detecting cancer. Each research team will present their findings during the 2017 American Association for Cancer Research Annual Meeting in Washington, D.C. The first study is focused on biopsies and immunotherapy treatments for non-small cell lung cancer (NSCLC) – the most common form of the disease. One of the most promising immunotherapies for NSCLC targets the PD-1/PD-L1 pathway – which is known to suppress the immune system’s ability to fight off cancer. These therapies inhibit this pathway, allowing the body to fight back. Currently, patients must undergo a biopsy to determine if they are candidates for this therapy.Because obtaining biopsy tissue may cause patient discomfort and can sometimes be difficult or impossible to obtain due to location of the tumor, Penn researchers wanted to find a less invasive way to test these patients. They focused on malignant pleural effusions – fluid surrounding the lungs – which is a frequent complication in patients with advanced NSCLC (Abstract 3736).

“The common treatment for this is to drain the lungs, but as we do that, we can use that fluid to test the levels of PD-L1,” said the study’s lead author Erica Carpenter, MBA, PhD, a research assistant professor of Medicine in the division of Hematology Oncology. “The hope is that such a test, once clinically validated, may save the patient from undergoing a separate, invasive biopsy while still letting us find out if they are good candidates for checkpoint inhibitors.”

The study evaluated the fluid from 66 patients. Researchers found circulating tumor cells (CTCs) – cancer cells that have moved into the blood stream – in 63 of them. Twenty-three percent of patients with a malignant pleural effusion were found to have detectable PD-L1 expression using this technology, which is similar to previous studies. Carpenter said the results show this method may work on a larger scale, but that more research is needed.

CTCs were also at the center of another study from Carpenter, focused on clusters of those cells in the blood of prostate cancer patients (Abstract 758).

“Scientists here at Penn Medicine and also at other institutions have shown that circulating tumor cell clusters, a phenomenon in which CTCs move through the blood in groups rather than alone as a single CTC, are particularly dangerous in terms of metastatic spread, or cancer spreading throughout the body,” Carpenter said. “The ability to find and understand those clusters is crucial.”

Carpenter said the next step is to compare these cluster counts with other blood-based measures like prostate-specific antigen (PSA) and Chromogranin A (CgA) to see if the number of clusters correlates with a more aggressive disease. Naomi Haas, MD, associate professor of Medicine and director of the Prostate and Kidney Cancer Program at Penn, is a co-author on this study.

A third Penn study looked at CTC clusters in pancreatic cancer, with an aim of developing an approach to isolate those clusters out of the blood for analysis (Abstract 3801).

“We have three goals here: Find these cells, isolate them, then put them through RNA sequencing to discover unique aspects of their molecular makeup,” Carpenter said.

The approach includes removal of red blood cells and other debris, leaving only the cells of interest as a sample. Researchers have already tested it in mice. The hope is that it can lead to a non-invasive way to diagnose and monitor pancreatic cancer.

The goal of a fourth study is similar, only this one centers on single cell analysis of tissue from patients with Barrett’s esophagus, a condition associated with an increased risk of developing esophageal cancer (Abstract 3949). The tissue is obtained through an endoscopy – in which a surgeon removes very small pieces of both the diseased and nearby healthy tissue to analyze in a lab.

“Our hope is that conducting molecular analysis of diseased and adjacent healthy tissue at a single cell level will inform eventual development of non-invasive patient monitoring. The ultimate goal would be development of a blood-based diagnostic for Barrett’s esophagus,” Carpenter said. “Our work may also help us understand how and why the disease sometimes progresses to esophageal cancer.”

Penn Medicine is one of the world's leading academic medical centers, dedicated to the related missions of medical education, biomedical research, and excellence in patient care. Penn Medicine consists of the Raymond and Ruth Perelman School of Medicine at the University of Pennsylvania (founded in 1765 as the nation's first medical school) and the University of Pennsylvania Health System, which together form a $6.7 billion enterprise.The Perelman School of Medicine has been ranked among the top five medical schools in the United States for the past 20 years, according to U.S. News & World Report's survey of research-oriented medical schools. The School is consistently among the nation's top recipients of funding from the National Institutes of Health, with $392 million awarded in the 2016 fiscal year. The University of Pennsylvania Health System's patient care facilities include: The Hospital of the University of Pennsylvania and Penn Presbyterian Medical Center -- which are recognized as one of the nation's top "Honor Roll" hospitals by U.S. News & World Report -- Chester County Hospital; Lancaster General Health; Penn Wissahickon Hospice; and Pennsylvania Hospital -- the nation's first hospital, founded in 1751. Additional affiliated inpatient care facilities and services throughout the Philadelphia region include Good Shepherd Penn Partners, a partnership between Good Shepherd Rehabilitation Network and Penn Medicine.Penn Medicine is committed to improving lives and health through a variety of community-based programs and activities. In fiscal year 2016, Penn Medicine provided $393 million to benefit our community.