16-Jan-2014 9:40 AM EST, by Perelman School of Medicine at the University of Pennsylvania contact patient services
favorite_border 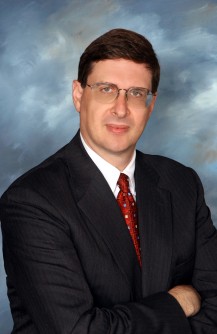 Jeffrey A. Drebin, MD, PhD, chair of the Department of Surgery at the Perelman School of Medicine at the University of Pennsylvania

Newswise — PHILADELPHIA—Jeffrey A. Drebin, MD, PhD, chair of the Department of Surgery at the Perelman School of Medicine at the University of Pennsylvania, and the John Rhea Barton Professor of Surgery, has been elected the 2014 President of the Philadelphia Academy of Surgery, the oldest surgical society in the United States.

Founded in 1879, the Philadelphia Academy of Surgery’s mission is to cultivate and improve the science and art of surgery, elevate the profession, and promote public health and any other matters that may fall within its sphere.

“I’m honored to be stepping into this new role at the Academy,” said Dr. Drebin. “It’s a great privilege to follow in the footsteps of those before me who I have admired, including several past presidents from Penn, and lead such a historically significant and impactful society in 2014. ”

A graduate of Harvard Medical School, Dr. Drebin continued his surgical training at the Johns Hopkins University School of Medicine. His research has contributed significantly to the understanding of the genetic origins of cancer. His classic work with monoclonal antibodies directed against the HER2/neu protein provided the scientific foundation for the evolution of targeted therapeutics for cancer and the led to the development of the first generation of targeted monoclonal antibody drugs for the treatment of breast cancer. His research has been supported by the National Institutes of Health, the Department of Defense and the Burroughs-Wellcome Fund.

He is currently the co-Principal Investigator on a $22 million dollar clinical and translational “dream team” award from the Stand Up to Cancer Foundation for innovative studies in pancreatic cancer— which was featured last year in a TIME magazine cover story. The team is developing tests using advanced imaging technology to better understand pancreatic cancer cells and develop new, personalized treatments based on that research.

Beyond pancreatic cancer, his many clinical interests include acute and chronic pancreatitis, the use of new technologies to manage liver tumors, disorders of the bile ducts, and management of gallbladder disease. Dr. Drebin has published more than 100 peer-reviewed research papers, book chapters and reviews and is co-inventor on two patents related to the treatment of cancer with monoclonal antibodies.

Dr. Drebin has been recognized by many professional and scientific societies and has served on study sections and scientific review groups for the National Cancer Institute (NCI), the Department of Defense and other biomedical research organizations. He has served on multiple Editorial Boards. He currently serves on the Board of Scientific Advisors of the NCI, is Vice-President of the Society of Surgical Oncology, and Past-President of the Society for Clinical Surgery, one of the oldest and most prestigious surgical societies in the nation. More recently, in 2013, Dr. Drebin was elected to the Institute of Medicine of the National Academy of Sciences.

Penn Medicine is one of the world's leading academic medical centers, dedicated to the related missions of medical education, biomedical research, and excellence in patient care. Penn Medicine consists of the Raymond and Ruth Perelman School of Medicine at the University of Pennsylvania (founded in 1765 as the nation's first medical school) and the University of Pennsylvania Health System, which together form a $4.3 billion enterprise.The Perelman School of Medicine has been ranked among the top five medical schools in the United States for the past 16 years, according to U.S. News & World Report's survey of research-oriented medical schools. The School is consistently among the nation's top recipients of funding from the National Institutes of Health, with $398 million awarded in the 2012 fiscal year.The University of Pennsylvania Health System's patient care facilities include: The Hospital of the University of Pennsylvania -- recognized as one of the nation's top "Honor Roll" hospitals by U.S. News & World Report; Penn Presbyterian Medical Center; Chester County Hospital; Penn Wissahickon Hospice; and Pennsylvania Hospital -- the nation's first hospital, founded in 1751. Additional affiliated inpatient care facilities and services throughout the Philadelphia region include Chestnut Hill Hospital and Good Shepherd Penn Partners, a partnership between Good Shepherd Rehabilitation Network and Penn Medicine.Penn Medicine is committed to improving lives and health through a variety of community-based programs and activities. In fiscal year 2012, Penn Medicine provided $827 million to benefit our community.