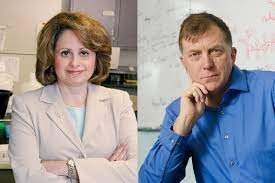 Newswise — A new type of breast cancer drug developed by researchers at the University of Illinois Chicago can help halt progression of disease and is not toxic, according to phase 1 clinical trials. The drug is specifically designed for women whose cancer has stopped responding to hormone therapy.

The results are published in the journal Breast Cancer Research and Treatment.

Breast cancer affects one in eight women in the United States, and while there are many types of breast cancer, around 80% are categorized as estrogen receptor-positive, or ER-positive. This means the cancer cells have receptors — molecules that can receive signals from chemicals in the body — that are sensitive to and react to the hormone estrogen.

In the case of ER-positive breast cancer, this means that estrogen fuels cancer growth. To treat this type of breast cancer, doctors prescribe medication to block hormone production in the body or interfere with the effect hormones have on cancer cells. This type of treatment is called hormone therapy. However, nearly half of women treated with hormone therapy become resistant, leaving traditional chemotherapy and its side effects as the only option for treatment.

“While there are many treatments for breast cancer, about half of women with ER-positive cancers become resistant to hormone therapy, leaving them with few treatments other than chemotherapy, with its well-known toxic side effects,” said Debra Tonetti, professor of pharmacology at the UIC College of Pharmacy and an author on the paper.

Tonetti, together with Gregory Thatcher, the Hans W. Vahlteich Chair of medicinal chemistry at UIC and co-author on the paper, developed the new drug, called TTC-352. Preclinical studies showed that TTC-352, which is a selective human estrogen receptor partial agonist, causes complete tumor regression, but unlike tamoxifen, may pose a reduced risk of uterine cancer development.

In the phase 1 clinical trial, 15 women who had metastatic breast cancer and previously were treated with several rounds of hormone therapy and, in some cases, chemotherapy including a CDK4/6 inhibitor, were enrolled. The researchers found that there were no toxic side effects, even at the highest doses.

In total, six patients experienced stable disease with a lack of disease progression: two for 6 months and four for 3 months.

“This is very encouraging because these participants were at an advanced stage of their disease, and we saw that their cancers stopped growing for a significant amount of time,” said Tonetti, who is also a member of the University of Illinois Cancer Center.

The doses given to participants were in line with what the researchers believe are therapeutic levels — in other words, participants received doses equivalent with what patients would be given to treat their disease.

“The results of the phase 1 trial indicate that TTC-352 is a safe and tolerable alternative to chemotherapy — therefore, without the side effects of chemotherapy — for patients who have already been treated with hormone therapy,” Thatcher said.

TTC-352 was approved as an Investigational New Drug by the U.S Food and Drug Administration in 2017. UIC has licensed the drug to TTC Oncology, LLC., which funded the study, for human clinical trials.