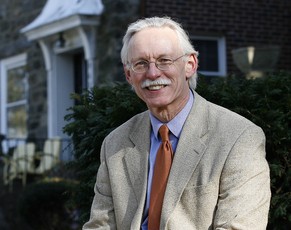 Newswise — The New Year always brings change " even if it is just the annual modification of the year in our check registers. But last November, Philadelphians voted for a major transformation when they elected Michael A. Nutter as mayor, signaling they were no longer satisfied with city government's seeming acceptance of a dangerous status quo, and that they expect much more than a date change with the start of his administration.

Saint Joseph's University professor of history and political commentator Randall Miller, Ph.D., notes that Nutter is starting his tenure as mayor by sending some signals of his own " and that change is his order for the new administration.

"Michael Nutter will begin his term on Jan. 7, 2008, by hosting an open house at City Hall. The act of welcoming the citizens into the great marbled edifice symbolizes and promises what he has hailed as 'a new day, and a new way' for Philadelphia," said Miller.

So far, Nutter has followed through on part of his promise by making changes in cabinet personnel. According to Miller, what seems to matter now is "what you know" rather than "who you know" in making policy, enforcing law and shaping the public square.

"Nutter ran and won as a reformer, pledging to end the 'pay-to-play' political culture that dominated Philadelphia," said Miller. "His new hires in key administrative positions suggest he will bring in professionals whose credentials are based on public service and performance, rather than political cronyism."

Nutter has also signaled change with the overall vision of his administration. Miller said that as a councilman and as a mayoral candidate, Nutter argued that good policy, rather than chummy politics, should direct public action. "Campaign finance reform, an emphasis on government transparency and accountability, and a promise of integrity from the top down marked his campaign " and is now his oath to the public," he said.

This oath sets the bar high as Nutter starts his new job. "His administration is heavily loaded with great expectations. He enters a new year that greets him with major labor contract negotiations, unfinished business on waterfront development, questions about tax relief, efforts to continue the revitalization of neighborhoods, the need to reduce crime, funding problems for mass transit and public education, and a host of on-going worries related to maintaining an aging physical infrastructure," said Miller.

"In the long run, if he succeeds in re-making government and restoring public trust in public life, Nutter will have accomplished much in a city known by the oft-cited, century-old " but still valid " Lincoln Steffens line, that Philadelphia is 'corrupt and contented,'" added Miller.