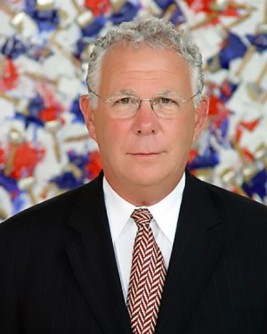 Mr. Brown chose to name this distinguished professorship, the Thomas M. Scalea, MD Distinguished Professor of Trauma Surgery, in honor of Thomas M. Scalea, MD, the Honorable Francis X. Kelly Distinguished Professor in Trauma Surgery, in gratitude for the skilled and compassionate care Dr. Scalea provided for Mr. Brown’s daughter, the late Ms. Esther Ann Brown Adler.  Dr. Scalea is an internationally recognized innovator and leader in trauma care, enhancing and developing programs, processes and protocols that are recognized as best practices in the field. He has led the R Adams Cowley Shock Trauma Center as its Physician-in-Chief for more than two decades.  It is the only free-standing trauma center in the nation and the best-known center in the world, caring for more than 8.000 critically injured patients annually with a 96% survival rate. In addition,  Dr. Scalea has led the most coveted and competitive fellowship programs in the country for trauma care training and provided time-sensitive critical care medicine to every patient in need of immediate care.

“I am humbled by Howard’s generosity in establishing this distinguished professorship. He is truly one of Shock Trauma’s most loyal supporters,” said Dr. Scalea, who is the director of the Program in Trauma, and Physician-in-Chief, R Adams Cowley Shock Trauma Center, and System Chief for Critical Care Services, University of Maryland Medical System. “This professorship will empower us to attract and retain our new Chief of Trauma, an outstanding trauma expert and leader who will help inspire and mentor students and trainees, expand the frontiers of knowledge, make important discoveries through innovative research and provide expert clinical care.”

Mr. Brown, who is Chairman of David S. Brown Enterprises, said, “I have always believed in taking an active part in the development of both the business and philanthropic community of Baltimore.  Dr. Scalea is a selfless hero serving our community. His humanistic care has made an indelible impact on many families including mine. I am pleased to have this opportunity to honor him.”

The newly created endowment is the seventh endowed professorship within the School of Medicine’s Program in Trauma, and it will be awarded to the new Chief of the Trauma Division, David Thomas Efron, MD, who joins the UMSOM faculty on September 1, 2020.  For the past 10 years, Dr. Efron has served as Chief of the Division of Acute Care Surgery at Johns Hopkins Medicine.  As a nationally recognized trauma researcher, he has made landmark findings in the regulation of inflammatory mediators of septic and post-injury states. He is particularly focused on the role that statins may play to reduce inflammation during trauma especially with regard to potential translational research from the bench to the bedside.

Mr. Brown’s gift  is the latest in a series of significant gifts he has made to the University of Maryland, Baltimore. These include his $1.5 million gift in 2007, which established the first trauma research professorship in the United States, the David S. Brown Professorship in Trauma, named in honor of Mr. Brown’s late father. Mr. Brown also gifted $1.5 million to the Francis King Carey School of Law, his father’s alma mater. In addition to his support for UMB, he also donated $1 million to the University of Maryland Medical Center in honor of his parents, David S. and Sara Brown.

“Endowed professorships in medicine are among the ultimate and most distinguished forms of tangible affirmation  that the School of Medicine may give to its most accomplished faculty. Thanks to Howard Brown’s loyal generosity, the University of Maryland School of Medicine’s Program in Trauma will continue to be a national and international resource that attracts the best and brightest experts who will advance trauma and critical care here in Maryland and around the world,” said UMSOM Dean E. Albert Reece, MD, PhD, MBA, University Executive Vice President for Medical Affairs and the John Z. and Akiko K. Bowers Distinguished Professor.  “This will further enforce our strength in taking on the most critical and challenging cases and employing path-breaking science to advance trauma care.”