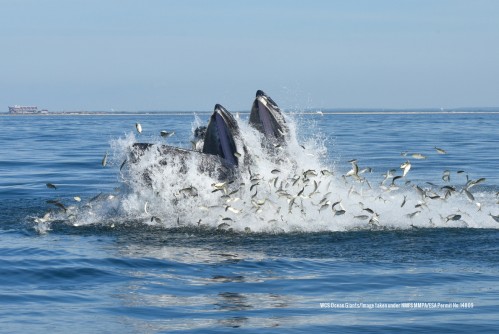 Two humpback whales engaging in what is known as lunge-feeding, a feeding strategy in which these baleen whales speed to the surface and engulf schooling fish such as menhaden (Brevoortia tyrannus) as shown in the photo. 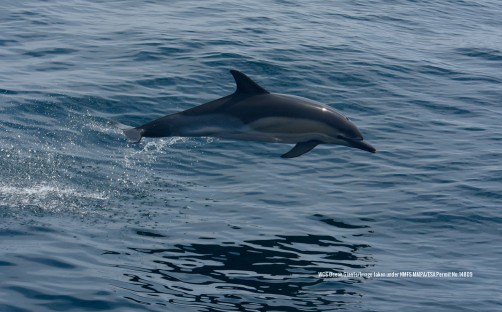 New York Bight is home to many species of cetacean (whales, dolphins, and porpoises), including the short-beaked common dolphin (Delphinus delphis).

Newswise — WCS marine scientists surveying the waters of New York Bight for marine mammals and other species are enjoying a banner year, encountering a wide array of marine life in the waters just beyond—and sometimes in sight of—New York City.

Researchers from WCS’s Ocean Giants have so far encountered dozens of whales during various surveys from three different species (fin, humpback, and minke whales), hundreds of dolphins, and a suite of other animals ranging from sea turtles, pelagic birds, sharks, ocean sunfish, and other marine denizens, all occurring in the one of the busiest seascapes in the world.

Encounters with humpback whales—usually one of the more behaviorally exciting species—have been particularly rewarding. WCS scientists witnessed extensive lunge-feeding, activities in which these baleen whales “lunge” at fleeing schools of menhaden, one of the most important prey species in New York Bight. The whales can engulf nearly entire schools, which they then filter out of the water using brush-like mouth structures called “baleen.” Other whale species encountered include fin whales (the second largest animal species on earth), minke whales, and smaller cousins of the whales—bottlenose and short-beaked common dolphins.

Individual whales can be identified using unique coloration patterns on the tail flukes, the shape and contours of dorsal fins, and other distinctive markings and scars. Photos taken are compared to existing photo catalogues containing records from individual whales and their histories. Skin samples collected with biopsy darts are also used to glean biological and genetic data from individual animals.

A photo gallery containing images and video of several species collected over the past several weeks can be accessed here.

“The diverse marine life currently thriving in New York Bight is great news and hopefully will continue as a great story of recovery for these iconic species and these habitats in our own backyard’,” said Dr. Howard Rosenbaum, Director of WCS’s Ocean Giants Program. “The presence of some of the earth’s largest living animal species in New York Bight indicates these coastal waters currently have sufficient prey productivity to support them in these waters seasonally and even for extended parts of the year.”

These research efforts are coordinated through the New York Seascape Program, a local marine conservation program based at WCS’s New York Aquarium.

For continuing updates on WCS Marine Program research in the New York Bight and around the world via Twitter, go to @WCSocean 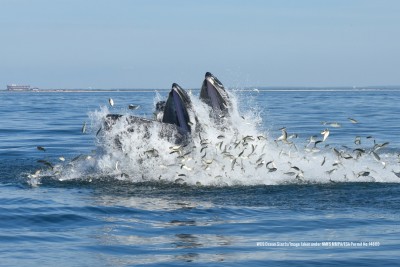 Caption: Two humpback whales engaging in what is known as lunge-feeding, a feeding strategy in which these baleen whales speed to the surface and engulf schooling fish such as menhaden (Brevoortia tyrannus) as shown in the photo. 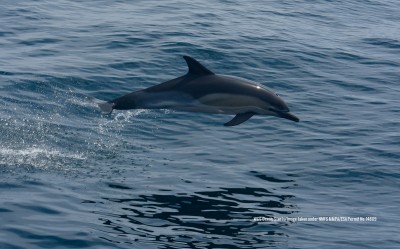 Caption: New York Bight is home to many species of cetacean (whales, dolphins, and porpoises), including the short-beaked common dolphin (Delphinus delphis).