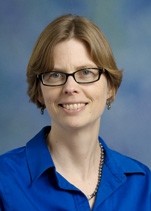 Newswise — In two recent studies, researchers at UC Davis have shown that placental tissue can provide critical information about the epigenetic landscape that influences fetal development.

The first study, published in Molecular Autism, validated that placental tissue can provide key data on methylation (an epigenetic mechanism that can alter gene expression) and fetal development that could be used to find autism spectrum disorder (ASD) biomarkers. The study identified a highly methylated gene region (DLL1) that may be associated with the disorder.

The second paper, published in Environmental Epigenetics, examined which environmental exposures were associated with the largest effects placental methylation. The study found that pesticides, which have been previously linked to ASD, had the greatest impact.

“We were looking for changes in DNA methylation patterns in the placenta that could be associated with a later diagnosis of autism,” said Janine LaSalle, professor in the department of medical microbiology and immunology and principal investigator on both studies. “It’s a new way of looking at methylation. Maybe the placenta is a good indicator of what’s going on in the brain.”

Data for these papers came from the Markers of Autism Risk in Babies: Learning Early Signs (MARBLES) study of families that have a child with autism, which increases the risk of ASD in subsequent children. Pregnant women complete detailed questionnaires to assess environmental exposures, which are compared to molecular data from placentas. Irva Hertz-Picciotto, professor of public health sciences and researcher with thy UC Davis MIND Institute, is principal investigator on MARBLES and a co-author on both papers.

“That locus is pretty interesting because it regulates fetal brain development,” said Rebecca Schmidt, assistant professor of public health sciences and a co-author on the paper. “It’s thought to control differentiation versus proliferation in neurons, which happens to be one of the suspect areas in autism.”

The Environmental Epigenetics paper looked at a variety of environmental exposures and compared those to methylation patterns in 47 placentas from children with ASD. Because MARBLES is a prospective study, the researchers believe they have much better environmental data, as the maternal questionnaires are completed during pregnancy rather than years after the child has been diagnosed.

The study looked at a variety of factors such as smoking, maternal BMI, education, prenatal vitamin and folate intake and exposure to professionally-applied pesticides.

“We wanted to see which factors changed methylation patterns in the placenta,” said Schmidt, who was the lead author on the paper. “The most significant changes in methylation were associated with pesticides.”

The authors caution that both studies had small participant samples. However, as children in MARBLES continue to mature, there will be greater opportunities to validate these results.

Perhaps the most significant finding is that placental tissue – normally discarded after birth – has great potential to help diagnose ASD and perhaps other neurodevelopmental conditions.

“The placenta provides a time capsule of what the fetus was exposed to during pregnancy,” said LaSalle. “If we could assess ASD risk at birth, the early behavioral interventions with young, high-risk kids could really improve their quality of life.”