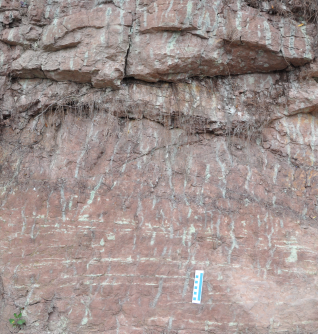 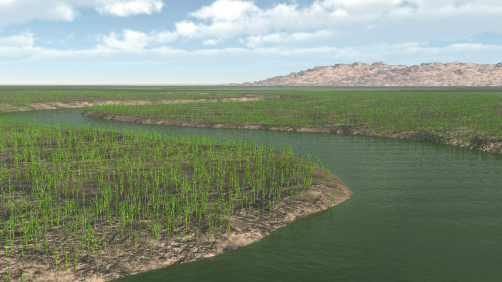 Artist Zhenzhen Deng of Peking University is one of the authors of the research article.

Newswise — Plants – even relatively small ones – played a crucial role in establishing a beachhead for life on land, according to recent work by an international team from China, the U.S., the U.K., and the University of Saskatchewan.

The team, led by paleobiologist Jinzhuang Xue from Peking University in Beijing, looked at paleosols – ancient soils that have turned to stone over millions of years – from the Xujiachong Formation of Yunnan, China. The site is unusual in that it has preserved traces of rhizomes, that is the underground systems of plants, that grew there 410 million years ago.

Team member Jim Basinger, a paleobiologist at the U of S, explained that below-ground traces of plant life are not often preserved in the geological record since soils are prone to erosion and disturbance over time.

“Soils are subject to a lot of reworking by physical processes such as erosion and redistribution of sediments, as well as biological processes like invertebrates digging through them,” he said. “Rather than protecting the remains of plants, soil environments actually promote destruction of plant remains.”

The Yunnan site is doubly unusual in that evidence of both rhizomes and above-ground stems of the plant were preserved.

The team found that early in the history of Earth’s terrestrial biosphere, a small plant called Drepanophycus, similar to modern club mosses, was already deeply rooted. This kept soils from washing away and even allowed build up as the resilient above-ground parts of the plants caught silt during floods. These plants – typically a metre long at most – helped form deep, stable soils where other plants could thrive.

“Rhizomes have been around for a long time, but their role in stabilizing sediment has not been recognized, since they have generally been assumed to be shallow or surficial,” Basinger said, explaining that the Yunnan paleosols show rhizomes extending deeply into the soil – something that was assumed to have not happened until much later, when trees appeared.

“This effect was a feature of rhizomes of small and non-woody plants at a time early in the colonization of land,” Basinger said, adding this would have paved the way for more complex forest ecosystems to follow.

These ancient groves would have looked quite alien to modern eyes. Drepanophycus was a lycopsid, one of the oldest lineages of land plants. Descendants of these early lycopsids grew many metres tall, covering vast tracts of land and sharing the landscape with tree ferns and primitive woody plants to form early forests, long before forests familiar to us would evolve. Lycopsids live on today as the diminutive club mosses.

The research team’s findings are featured as the cover article of the August 23 issue of the Proceedings of the National Academy of Sciences (PNAS). 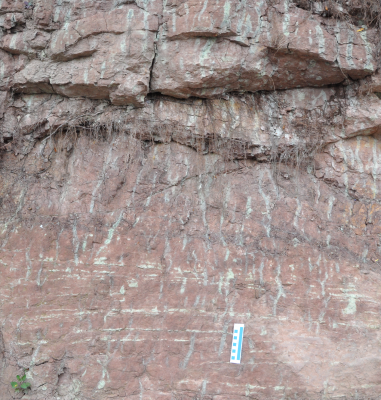 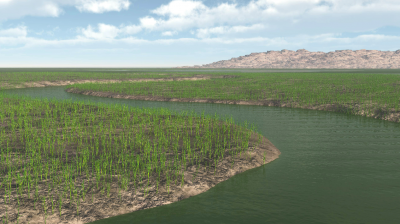 Credit: Artist Zhenzhen Deng of Peking University is one of the authors of the research article.

Proceedings of the National Academy of Sciences vol. 113 no. 34