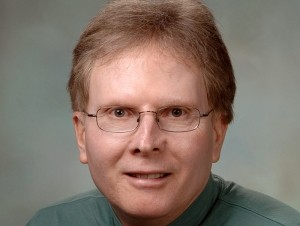 Newswise — Imagine a world of multiple infinities, a world in which truth can be ascertained and verified, and, once established, endure. That’s the world of pure mathematics, and it’s where Daniel Cunningham lives.

“I work in an area of pure mathematics called set theory, a rich and beautiful subject whose fundamental concepts permeate virtually every branch of mathematics,” said Cunningham, professor of mathematics at Buffalo State. He’s quoting from his own latest textbook, Set Theory: A First Course, published in 2016.

His first textbook, A Logical Introduction to Proof, was published in 2012. His research has also been published in a number of journals, including Archive for Mathematical Logic, which recently published “A strong partition cardinal above Θ.”  (The symbol Θ is the Greek letter theta.) The range of his publications illustrates his love of both pure mathematics and teaching.

“I was drawn to mathematics because it offers precise methods for understanding and discovering mathematical truth,” he said. As an undergraduate, he was also drawn to language and writing, skills that help him develop a theorem. A theorem is a statement that is proved by a logical mathematical argument (think “a2 + b2=c2,” Pythagoras’s famous theorem for calculating the length of the longest side of a right-angle triangle).

Within set theory, Cunningham investigates the nature of infinite sets. “Infinite sets are fun,” he said. “And the notion of infinity goes on to infinity.” One of the most common examples of an infinite set is the set of all positive natural numbers, from 1 to—well, infinity. It’s endless.

In “A Strong Partition Cardinal above Θ”, where Θ is the size of a particular infinite set, Cunningham proves that, among some infinite sets that are larger than others, “certain mathematical universes exist in which the axiom of determinacy holds.” This involves what he calls games—“games that are playable and that enable you to prove certain things in certain universes.” That these universes exist only in the abstract rather than in the physical world makes them no less real than other abstractions such as love, justice, or happiness.

Cunningham has worked in applied mathematics; he was a software engineer in the aerospace industry while earning his Ph.D. from UCLA. “But my interest was always pure mathematics,” he said. “I didn’t want to solve aerospace engineering problems.”

It’s something of a surprise to learn that someone who spends much of his mental energy on investigating games in alternate universes loves to teach undergraduates.

“Of course I enjoy teaching,” he said. “I’m doing math. Some students are drawn to pure math, and others find it frustrating, but in either case, I’m doing work I love.” It’s not unlike a musician who finds satisfaction in any expression of music, whether it’s jamming with friends, performing in public, or introducing scales to a novice.

And math always affords a deep satisfaction, Cunningham notes. “Discovered and proven truths are not subject to argument or controversy,” he said. “Mathematics is the only discipline in which a truth will always be a truth.”