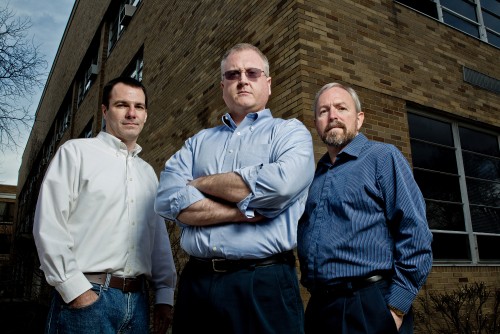 $261,480 Grant From the National Institute of Justice

Newswise — BOWLING GREEN, O.—A Bowling Green State University criminal justice team is developing the first national profile of police integrity through an analysis of police crime committed by sworn law enforcement officers. A National Institute of Justice (NIJ) grant in excess of $260,000 will fund the work of criminal justice faculty members Dr. Philip Stinson, principal investigator for the project, and co-investigators Drs. John Liederbach and Steven Lab. NIJ is a branch of the Office of Justice Programs at the U.S. Department of Justice.

The focus of the 24-month research project is to study the arrest records of on- and off-duty law enforcement officers across the nation. It builds on previous studies by Stinson and Liederbach published in Police Quarterly, Criminal Justice Policy Review, and International Journal of Police Science and Management.

According to Stinson, the research is important because “there are no comprehensive statistics available on problems with police integrity, and no government entity collects data on criminal arrests of police officers in the U.S.”

“The lack of statistics on police crime should be troubling to police executives, researchers, policymakers and the general public,” Stinson added.

While the overall purpose of the project is to promote police integrity by gaining a better understanding of police crime and agency responses to officer arrests, there are several distinct goals established for the study.

Stinson and his colleagues expect to determine the nature and extent of police crime in the U.S.

“Police agencies cannot formulate effective policies to confront these problems until they know what types of crimes police are most likely to commit and the factors that seem to influence their commission,” Stinson said.

A second goal is to find out how law enforcement agencies discipline officers who are arrested and the considerations that contribute to those decisions. The team will determine benchmarks for comparisons of how organizations handle various types of offenses committed by police officers, including which they tend to sanction or ignore.

The research team will also seek to discover to what extent police crime arrests correlate with other forms of police misconduct. This information may help guide the development of strategies to better identify problem officers and those at risk for engaging in police misconduct and devise early intervention processes.

Law enforcement agencies, criminal justice policymakers and practitioners will benefit from the resulting nationwide data set, which the team will share through reports, peer-reviewed journal articles and Internet-based products geared specifically to them. The data set from this project will also be archived at the National Archives of Criminal Justice Data for use by other researchers in replication studies.

The BGSU investigators are gathering information using improved methodologies compared to previous studies. They will look at archived news articles and records concerning several thousand arrests of police officers in the U.S. from 2005 to 2011. Additionally, they will utilize federal court records to investigate the connection between police crime and other forms of police misconduct.