Political Exits on the Rise: Quitting Is Not a Bad Option Says Political Scientist 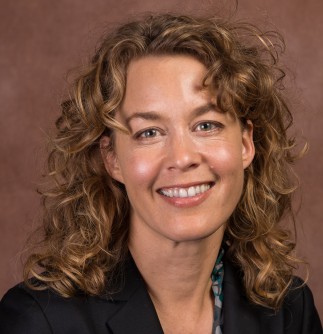 Newswise — Bob Corker, Jeff Flake, Orrin Hatch and Darrell Issa. The list of political heavyweights who have decided to retire or opt out of bids for re-election is growing. Has flight superseded fight in today’s divisive political climate? And, if so, is quitting in the midst of difficult times a cop-out or simply the right thing to do for the individual involved?

Author and political scientist Jennet Kirkpatrick believes in the power of exit. In her new book The Virtues of Exit: On Resistance and Quitting Politics” Kirkpatrick puts forward the notion that leaving political organizations can actually be a tool for change and that political actors can actually benefit from quitting or refusing to be a part of something.

“One of the book’s major themes revolves around the idea that leaving political organizations is not always cowardly, weak or self-interested,” Kirkpatrick said. “It looks at political actors and activists who walk away in a defiant, strong way and who use their departures to create political change.”

But, as Kirkpatrick also notes, the downside of exiting, even for a good reason, is a loss of participation and voice. Principled resignation, she says, has a cost. “This is what makes it a significant political act. It involves sacrifice.”

Jennet Kirkpatrick shares more about her research and what political exits can mean for systems and discourse here:

Question: What do you think is behind the recent wave of congressional exits in the current political climate?

Answer: While there are many reasons for the wave of resignations and retirements, some Republicans have explained that they are leaving office because they oppose the current administration. In his speech announcing that he would not run for reelection, Arizona Senator Jeff Flake stated that, because of his deep political and moral disagreements with President Trump, he could no longer serve in good conscience. An important idea I learned from writing my book is that exits can be done in different ways. It’s not necessarily that you leave and it’s over. It is possible to walk away in defiance and draw attention to injustices and wrongs occurring within a political organization or country. While this is a serious move that should be carefully considered, this type of “resistant exit” is an option we should be aware of.

Q: Reaction to some of the more dramatic political exits in the midst of a very divided political landscape has been mixed. We have seen descriptions ranging from “honorable” to “cop out” in response to some individual announcements. You talk about some of these dueling responses in your new book "The Virtues of Exit: On Resistance and Quitting Politics." Are these fair conclusions, or oversimplified judgments?

A: I understand the view that a resignation is a cop out. Democracy depends on civic participation. If good citizens are not willing to stay in office or vote, democracy loses its legitimacy.

At the same time, writing my book made me realize that exits are not always cowardly or selfish. Exits can be courageous acts of defiance and they have the potential to give voice to views that might otherwise be silenced.

In non-democratic contexts, resistant exits can be honorable, too. For individuals living in places where political freedoms are severely restricted, exit is sometimes one of the few safe ways to resist. Taking this course of action, political exiles have left their homelands and opposed those in power from abroad.

Q: What is the gamble and/or the payoff from quitting coveted positions of power?

A: Exits from powerful posts involve giving up the capacity to influence it from the inside. Someone else can take your spot. In Senator Flake’s case for instance, a number of individuals have declared they will run for his seat, including controversial former Arizona Sheriff Joe Arpaio. But a resistant exit may, in the long run, be worth the sacrifice. It can rally opposition in others, on the inside and the outside, and it can raise public awareness.

Q: Can you think of another time in U.S. political history when we have seen a mass exodus of so many legislators - particularly from one political party? What were the results of such an upheaval?

A: Before the American Civil War abolitionists opted out of American politics in a number of ways to express their opposition to slavery. Officials resigned from office, and citizens refused to vote. In his famous essay Civil Disobedience, Henry David Thoreau argued that public officials who supported abolition should resign and that abolitionists should not pay their taxes. Thoreau even went as far as to write a letter of resignation from citizenship and sent it to the State of Massachusetts. These kinds of abolitionist actions raised awareness about the injustices of slavery and galvanized resistance to it.

Jennet Kirkpatrick is an Associate Professor in the School of Politics and Global Studies at Arizona State University. She is also the author of Uncivil Disobedience: Studies in Violence and Democratic Politics and has published articles in a number of journals. Kirkpatrick is available to discuss her new book The Virtues of Exit: On Resistance and Quitting Politics. Please contact us to schedule an interview discussion on this timely topic.