Pollutants from Coal-Burning Stoves Strongly Associated with Miscarriages in Mongolia 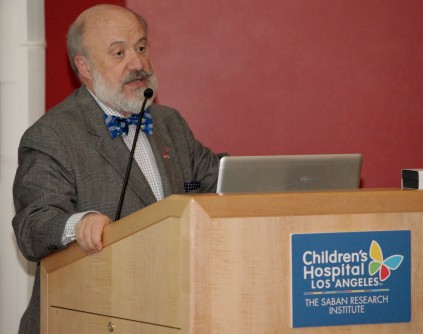 Newswise — Burning coal for domestic heating may contribute to early fetal death according to a new study by experts from The Saban Research Institute of Children’s Hospital Los Angeles and Ulaanbaatar, Mongolia – the coldest capital city in the world.

UB has one of the highest levels of air pollution of all world capitals, with sulfide dioxide and particulate matter levels during winter months, which are up to 23 times World Health Organization standards. Air pollution in winter is largely caused by coal burning in Ger stoves (Ger refers to the traditional round, felt tent used as a portable residence by nomadic Mongolian people, but such stoves are also used in wooden houses within the Ger district.)

The scientists, led by David Warburton, OBE, DSc, MD, MMM, FRCP, FRCS, FRCPCH, professor of Pediatrics and Surgery at The Saban Research Institute of Children’s Hospital Los Angeles and Keck School of Medicine at the University of Southern California, examined the association between spontaneous abortion (miscarriages) and seasonal variation of air pollutants. The measurements were gathered near the National Center for Maternal and Child Health (NCMCH)—which provides the majority of obstetric and gynecological services in UB—and compared to the medical records of 1,219 women in the region who had been admitted to the hospital between 2009 and 2011 due to fetal death prior to 20 weeks gestational age.

“We found that the incidence of miscarriage revealed a striking seasonal pattern of variation,” said Warburton.

While the overall rate of miscarriages (occurring in approximately 15 to 20 percent of pregnancies) reported in UB is similar to that of Western countries, including the United States, the study showed that spontaneous abortion incidence per calendar month increased from 23 per 1,000 live births in May to 73 per 1,000 live births in December 2011.

Monthly average ambient levels of air pollutants showed increases in relation to the duration of hours of darkness, as well as the coldest temperatures—when Ger heating stoves are used most.

“We and our colleagues in government and academia in Mongolia are expending concerted efforts to improve stove efficiency and to educate the public about correct and more efficient lighting and heating methods,” Warburton said, adding that a similar, strong correlation between air pollutants and miscarriages may also occur elsewhere in the world where similar levels of air pollution exist.

“The disturbingly strong correlation between air pollution indices and fetal death that we found suggests that much more needs to be done to further ameliorate the toxic effects of air pollution on the human unborn,” Warburton concluded.

Children's Hospital Los Angeles has been named the best children’s hospital on the West Coast and among the top five in the nation for clinical excellence with its selection to the prestigious U.S. News & World Report Honor Roll. Children’s Hospital is home to The Saban Research Institute, one of the largest and most productive pediatric research facilities in the United States. Children’s Hospital is also one of America's premier teaching hospitals through its affiliation since 1932 with the Keck School of Medicine of the University of Southern California.