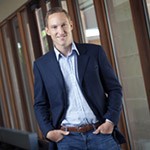 Newswise — Poor physical health and financial health are driven by the same underlying psychological factors, finds a new study out of the Olin Business School at Washington University in St. Louis.

Researchers Lamar Pierce, PhD, associate professor of strategy at Olin and PhD-candidate Timothy Gubler found that the decision to contribute to a 401(k) retirement plan predicted whether or not an individual will act to correct poor physical health indicators revealed during an employer-sponsored health examination.

“We find that existing retirement contribution patterns and future health improvements are highly correlated,” the study says. “Those who save for the future by contributing to a 401(k) improved abnormal health test results and poor health behaviors approximately 27 percent more than non-contributors.”

In the paper, Gubler and Pierce provide evidence that insufficient retirement funds and chronic health problems are at least partially driven by the same time discounting preferences.

Gubler and Pierce studied use personnel and health data from eight industrial laundry locations in multiple states. They found the previous decision of an employee to forego immediate income and contribute to a 401(k) retirement plan predicted whether he or she would respond positively to the revelation of poor physical health.

Gubler and Pierce wanted to compare 401(k) contributors and non-contributors on how much they were willing to change a health risk. Employees were given an initial health screening. Ninety-seven percent of them had at least one abnormal blood test and 25 percent had at least one severely abnormal finding.

They were told of the results, which were sent to the worker’s personal physicians. Workers also were given information on risky health behaviors and anticipated future health risks.

The researchers followed the laundry workers for two years to see how they attempted to improve their health, and if those changes were tied to financial planning.

After controlling for differences in initial health, demographics and job type, the researchers found that retirement savings and health improvement behaviors are highly correlated.

Those who had previously chosen to save for the future through 401(k) contributions improved their health significantly more than non-contributors, despite having few health differences prior to program implementation.