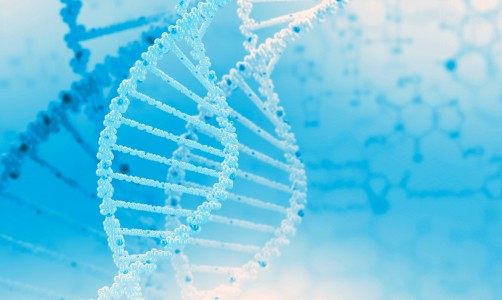 Newswise — New Brunswick, N.J., April 14, 2016 – Research from Rutgers Cancer Institute of New Jersey examining gynecologic cancers that poorly respond to therapy shows genomic profiling can help identify alternate and targeted treatments. The findings are being presented as part of a poster presentation by members of the Rutgers Cancer Institute precision medicine team at the Annual Meeting of the American Association for Cancer Research (AACR) which begins this weekend in New Orleans.

According to the Centers for Disease Control and Prevention, 71,500 women are diagnosed with a gynecologic cancer each year in the United States, with 26,500 deaths from one of these diseases. “Unfortunately, due to the lack of screening mechanisms for many gynecologic cancers, they are often diagnosed in an advanced stage, thus leading to poor treatment response with standard therapies in many cases. With that, it is imperative to identify alternate therapies for this population,” notes Rutgers Cancer Institute Precision Medicine Director Lorna Rodriguez, MD, PhD, who is a professor of obstetrics, gynecology and reproductive sciences at Rutgers Robert Wood Johnson Medical School and lead investigator of work that examined the delivery of point-of-care management to patients with gynecologic malignancies through comprehensive genomic profiling.

As part of an ongoing clinical trial at Rutgers Cancer Institute exploring rare and poor prognosis cancers, investigators sought to identify genomic alterations in 69 patients with gynecologic cancers that were not responding to standard care. In collaboration with Foundation Medicine, Inc. of Cambridge, Massachusetts, tissue specimens were analyzed through Next Generation Sequencing technology. Study outcomes for 64 of the cases were available and showed an average 4.97 genomic alterations per tumor.

These mutations and abnormalities were reviewed by a panel of clinicians, scientists, statisticians, pathologists and other experts at Rutgers Cancer Institute, collectively known as a molecular tumor board. As appropriate, either potential enrollment in a clinical trial, treatment with already-approved cancer therapies or treatment with therapies approved for other uses were considered and recommended to the treating physician. Thirty-nine percent of those patients had those recommendations implemented and a response or clinical benefit was seen in 56 percent of these patients.

“Through genomic profiling, we’re identifying alterations that may not have otherwise been visible through standard laboratory testing. Coupled with a review of these results by experts on a molecular tumor board, the opportunity exists to identify novel therapies that would target specific abnormalities,” notes senior author of the work, Shridar Ganesan, MD, PhD, associate director for translational science at Rutgers Cancer Institute and associate professor of medicine and pharmacology at Rutgers Robert Wood Johnson Medical School.

The overall precision medicine initiative at Rutgers Cancer Institute is supported in part by a $10 million anonymous gift.