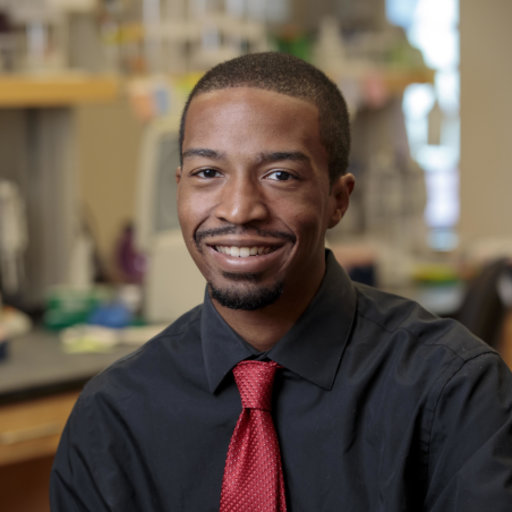 Newswise — ST. LOUIS, MO, September 12, 2019 – Kevin Cox Jr., Ph.D., a post-doctoral associate at the Donald Danforth Plant Science Center was named one of only 15 Hanna H. Gray Fellows by the Howard Hughes Medical Institute (HHMI) in Chevy Chase, MD.  The fellowship will support him for up to four years of postdoctoral training and will supply him with up to four years of start-up funding in a faculty position anywhere in the U.S. The prestigious award includes a $1.4 million investment by HHMI at a critical time in his career, when he eventually transitions from postdoctoral researcher to principal investigator and begins to set up a laboratory of his own.

“Being a Hanna Gray Fellow is an extraordinary opportunity for me,” said Cox. “Coming into a faculty position with your own funding is huge. It will greatly increase my likelihood of getting a position.”

Cox is working in the laboratory of Blake Meyers, Ph.D. His background is in plant pathology and his research seeks to understand how plants fight infection by developing a cellular-level view of the battles between plants and microbes. By analyzing gene activity cell-by-cell, Cox aims to better understand how plants resist or succumb to microbial invaders. Pinpointing where in the plant specific genes are active will also help him determine how plant cells and microbes communicate. Cox hypothesizes that decoding these cellular signals will lead to unique ways of improving crop yields, and ultimately to higher agricultural productivity.

“Kevin is a talented and creative early career scientist, highly deserving of this prestigious award,” said Meyers. “During his post-doc, the work he does and the resulting discoveries will be exciting and impactful, fitting well with the mission of the Danforth Center. And this award will help launch him in the near future into a distinguished academic career. I’m thrilled for him and delighted to work with him to develop a powerful new technology and to apply it to understanding and combatting plant diseases.”

The fellowship specifically seeks out scientists from underrepresented groups that are early on in their career, with the intent to ensure that they remain in the sciences. The need for more diversity in the sciences is a challenge that Cox has experienced first hand, and it’s one of the reasons that he regularly volunteers for the Center’s education programs teaching STEM concepts, like chemistry and phenotyping, to students in schools throughout the region. “I hope that I can be an example to young black American kids and broaden their view of what type of career they can have,” he said.

HHMI is committed to supporting people who will solve some of he greatest problems in science,” said Erin O’Shea, president of HHMI. “To do this we need people from all backgrounds – the best solutions will be found by a diverse set of people.”

About the Donald Danforth Plant Science Center Founded in 1998, the Donald Danforth Plant Science Center is a not-for-profit research institute with a mission to improve the human condition through plant science. Research, education and outreach aim to have impact at the nexus of food security and the environment, and position the St. Louis region as a world center for plant science. The Center’s work is funded through competitive grants from many sources, including the National Institutes of Health, U.S. Department of Energy, National Science Foundation, and the Bill & Melinda Gates Foundation. Follow us on Twitter at @DanforthCenter.

The Hanna H. Gray Fellows Program represents HHMI’s commitment to supporting talented early career scientists who have the potential to become leaders in academic research. This program will ultimately invest up to $100 million in up to 60 young scientists. By selecting individuals from groups underrepresented in the life sciences, HHMI seeks to increase diversity among academic faculty. Fellows’ successful careers will inspire future generations of scientists from America’s diverse talent pool.

About The Howard Hughes Medical Institute

HHMI plays an important role in advancing scientific research and education in the United States. Its scientists, located across the country and around the world, have made important discoveries that advance both human health and our fundamental understanding of biology. The Institute also aims to transform science education into a creative, interdisciplinary endeavor that reflects the excitement of real research. HHMI’s headquarters are located in Chevy Chase, Maryland, just outside Washington, D.C.