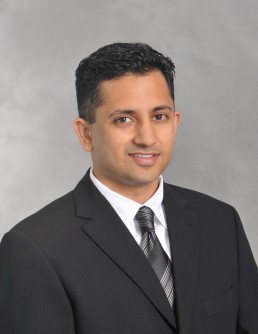 Newswise — New Brunswick, N.J., May 4, 2012 – Research by investigators at The Cancer Institute of New Jersey (CINJ) suggests that post-mastectomy radiation therapy may not have a significant effect on disease recurrence or mortality rates in early-stage breast cancer patients with one to three cancerous lymph nodes. The results are part of a poster presentation being given today at the 13th Annual Meeting of the American Society of Breast Surgeons being held in Phoenix. CINJ is a Center of Excellence of the University of Medicine and Dentistry of New Jersey-Robert Wood Johnson Medical School.

Disease staging for breast cancer is dependent on whether axillary lymph nodes (lymph nodes located in the armpit) are involved, and node status (positive or negative) is considered a valuable prognostic indicator in the management and treatment of breast cancer. The role that radiation therapy plays in women with early-stage breast cancer (classified as T1 or T2 disease; not having spread to other organs) and one to three positive (cancerous) axillary lymph nodes who have had a mastectomy, remains a matter of controversy. As suggested by National Comprehensive Cancer Network guidelines, treatment discussion is encouraged on a case-by-case basis for patients in this group, as specific treatment recommendations are unclear. Investigators at CINJ examined the effect of post-mastectomy radiation as it relates to recurrence rate and mortality.

The study utilized data from a retrospective review of patient charts from 1986 to 2004, focusing on those patients with breast cancer who had either T1 or T2 disease and between one and three positive axillary lymph nodes. In this group, 83 patients were identified and divided into two groups: 38 women who received post-mastectomy radiation and 45 who did not. Patient and tumor-related characteristics were examined.

The groups were similar with respect to age at diagnosis and estrogen receptor status. Differences were found in the groups with regard to number of positive lymph nodes, which in turn led to more patients receiving post-mastectomy radiation treatment. In the group that did undergo post-mastectomy radiation, 11 of 38 (29 percent) had disease recurrence with a median time to recurrence of 49.6 months. In the group that did not receive radiation following mastectomy, 10 of 45 (22 percent) had a recurrence, with a median time to recurrence of 46.8 months. Investigators determined there was no statistically significant difference in recurrence rates between the two groups. Additionally, there was no significant difference in the site of recurrence, with distant recurrence being the most common in six of 11 patients who received radiation and in seven of ten patients who did not.

Archit Naik, MD, breast surgery fellow at CINJ and UMDNJ-Robert Wood Johnson Medical School, is the lead researcher on the study. “With no standard approach to treating patients within these particular subcategories, it is important to explore the effects of current therapies so that we can continue to tailor treatments to a patient’s specific cancer and hopefully improve outcomes,” said Dr. Naik.

Naik and colleagues further note that given the small number of subjects and other potential variables, future studies with larger groups are needed.