Poverty’s Most Insidious Damage Is to a Child’s Brain 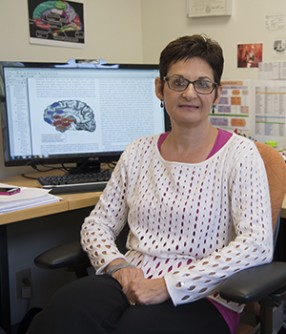 Newswise — An alarming 22 percent of U.S. children live in poverty, which can have long-lasting negative consequences on brain development, emotional health and academic achievement. A new study, published July 20 in JAMA Pediatrics, provides even more compelling evidence that growing up in poverty has detrimental effects on the brain.

In an accompanying editorial, child psychiatrist Joan L. Luby, MD, at Washington University School of Medicine in St. Louis, writes that “early childhood interventions to support a nurturing environment for these children must now become our top public health priority for the good of all.”

In her own research in young children living in poverty, Luby and her colleagues have identified changes in the brain’s architecture that can lead to lifelong problems with depression, learning difficulties and limitations in the ability to cope with stress.

However, her work also shows that parents who are nurturing can offset some of the negative effects on brain anatomy seen in poor children. The findings suggest that teaching nurturing skills to parents — particularly those who live below the poverty line — may provide a lifetime of benefit for children.

“Our research has shown that the effects of poverty on the developing brain, particularly in the hippocampus, are strongly influenced by parenting and life stresses experienced by the children,” said Luby, the Samuel and Mae S. Ludwig Professor of Child Psychiatry and director of Washington University’s Early Emotional Development Program.

The study in JAMA Pediatrics, by a team of researchers at the University of Wisconsin-Madison, found that low-income children had irregular brain development and lower standardized test scores, with as much as an estimated 20 percent gap in achievement explained by developmental lags in the frontal and temporal lobes of the brain.

“In developmental science and medicine, it is not often that the cause and solution of a public health problem become so clearly elucidated,” Luby wrote in the editorial. “It is even less common that feasible and cost-effective solutions to such problems are discovered and within reach.”

Based on this new research and what already is known about the damaging effects of poverty on brain development in children, as well as the benefits of nurturing during early childhood, “we have a rare roadmap to preserving and supporting our society’s most important legacy, the developing brain,” Luby writes. “This unassailable body of evidence taken as a whole is now actionable for public policy.”