14-Jan-2014 9:00 AM EST, by Rutgers University's Office for Research
favorite_border 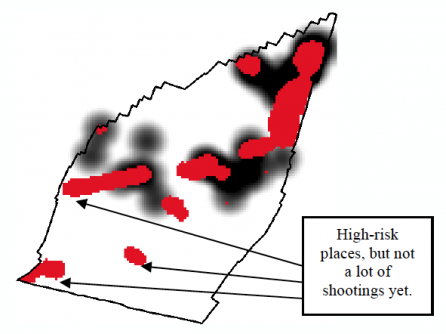 Risk Terrain Modeling map of a township that predicts potential for gun violence. 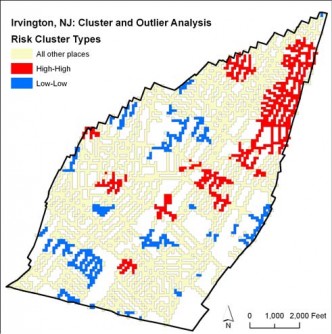 Newswise — NEWARK, N.J.–Research at Rutgers’ School of Criminal Justice has resulted in commercial technology that public safety practitioners and researchers worldwide are using to fight crime. It is being offered free of charge to law enforcement agencies and will be presented today (Jan. 14) at the second annual White House "Safety Datapalooza.”

Leslie Kennedy and Joel Caplan of Rutgers invented a technique that uses crime data to identify and map environmental attractors of crime. Called Risk Terrain Modeling (RTM), the spatial risk analysis technique takes crime data for a specific locale along with other data about the physical environment and forecasts where new crime incidents are likely to emerge and cluster. That information helps law enforcement agencies strategically allocate resources.

To make RTM more accessible to public safety professionals, Rutgers’ School of Criminal Justice developed the Risk Terrain Modeling Diagnostics Utility, a software app that automates the steps of RTM (video here). The product is bundled with affordable training or provided at no cost to practitioners who use it to diagnose spatial crime vulnerabilities and predict new crime locations. RTM is currently used by hundreds of U.S. crime analysts. The RTMDx™ Utility will bring expert knowledge and advanced technology to thousands more public safety professionals without requiring a major investment in time or money.

“Crime hotspots tell you where to go, but not what to do when you get there,” said Kennedy, University Professor of Criminal Justice and director of the Rutgers Center on Public Security. “As symptoms of risky places, mapping recent crime yields valuable information, but not the complete picture of a problem place. Our system lets police prioritize risky places before crimes emerge and thoughtfully implement risk-mitigation activities. It’s crime forecasting with a focus on places, not people.”

“Police officers have described the feeling of playing whack-a-mole,” said Caplan, assistant professor of Criminal Justice and associate director of Rutgers’ Center on Public Security. “They identify crime hotspots and deploy resources there to deter illegal activity, only to have it pop up somewhere else or return to the same place once police leave. Hotspots tend to be quite resilient, not because police aren’t effective, but because the environments that make certain places suitable for crimes don’t change much over time. They remain attractive illegal behavior settings, so illegal behavior returns.”

Risk Terrain Modeling “paints a picture” of physical features within municipalities that are attractive for certain types of illegal behavior, and in doing so, allows police to assign probabilities of crime occurring at certain places where many risk factors coexist, such as the stereotypical dead-ended remote alleyway with poor lighting.

“Some areas are less cliché or obvious, but just as risky and likely to experience lots of crimes,” Caplan said. RTM examines the features of places that contribute to crime concentration. The RTMDx Utility standardizes the process of RTM and makes it more accessible to public safety professionals in both large and small departments.

The National Institute of Justice recently awarded two grants, totaling nearly $1 million, to conduct RTM research in seven U.S. cities: Newark; New York City; Chicago; Arlington, Texas; Colorado Springs, Colo.; Glendale, Ariz.; and Kansas City, Mo. Researchers from Rutgers’ School of Criminal Justice and John Jay College of Criminal Justice at the City University of New York are conducting the studies using the RTMDx Utility. The Rutgers software is currently being used in the top four U.S. markets: New York, Los Angeles, Chicago and Miami. It is being adopted by industry and law enforcement offices in many countries, such as Australia and Canada, and major foreign cities such as Paris and Milan.

Kennedy and Caplan won an award from the International Association of Crime Analysts for the RTMDx Utility, which is available in two versions.• Educational version: A free single end-user license is offered for educational, non-commercial and short-term trial purposes. It is available to students, educators and agents of some governmental or non-profit organizations. This version does not output GeoTiff maps.• Professional version: Bundled with an RTM Training Webinar, it is a single end-user license for commercial and professional use. This version outputs GeoTiff maps.

Kennedy and Caplan will present RTM and the RTMDx Utility at the White House “Safety Datapalooza” Jan. 14. The event highlights innovators from the private, nonprofit, and academic sectors who have used freely available government data to build products, services, and apps that advance public safety in creative and powerful ways.

The Rutgers Center on Public Security specializes in applying geospatial technologies to scholarly research and offers a multi-disciplinary approach to the academic study and practical application of ways in which democratic societies can effectively address crime, terrorism and other threats to public security.

Established in 1766, Rutgers, The State University of New Jersey, is America’s eighth oldest institution of higher learning and one of the nation’s premier public research universities. Rutgers serves more than 65,000 students on campuses, centers, institutes and other locations throughout the state. Rutgers ranks #1 nationally for chemistry R&D funding.

ABOUT THE RUTGERS SCHOOL OF CRIMINAL JUSTICEThe School of Criminal Justice was established at Rutgers–Newark in 1972 by the N.J. State Legislature, which recognized the need for a formal program of study dedicated to preparing students to be leaders in research, teaching and public policy to better address criminal justice issues. More than three decades later, the impact and influence of the school are respected internationally, and the school currently is ranked as one of the nation’s top criminal justice schools. The school offers the bachelor of science in criminal justice (in partnership with the College of Arts and Sciences), and the master and doctoral degrees in criminal justice. The doctoral program in criminology is ranked seventh in the nation by U.S. News & World Report’s Best Graduate Schools.

For more information about RTM, or to schedule an interview, please call Joel Caplan at 973-353-1304 or email [email protected] 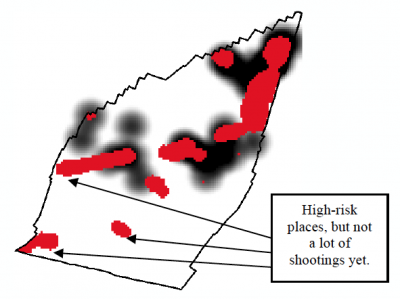 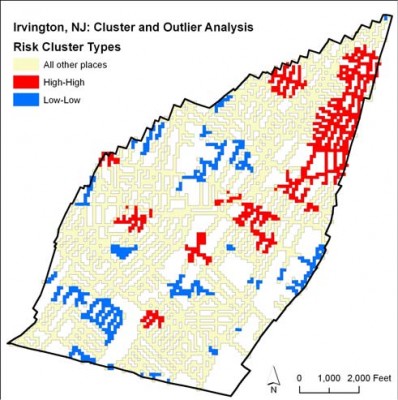