Preparing for Hurricane Response: The Untold Story that Contributed to Success 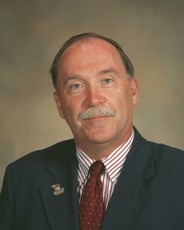 Newswise — While residents make the pilgrimage back to their homes after Hurricane Gustav and breathe a sign of relief that this major storm has passed, the potentially impacted regions and our nation prepare for the potential devastation of three additional formidable storms; Hanna, Ike and Josephine.

While the assessment of the storm damage caused by Gustav is yet to be determined, it is clear to all that the emergency preparedness and response this time reflected more thorough preparedness and implementation than tragically was the case three short years ago when Katrina hit some of the same areas and those responsible for protecting the residents clearly did not get it right, said Dr. Robert Fleming, a professor of management at Rowan University (Glassboro, N.J.) and a nationally recognized authority on emergency preparedness.

While the media coverage in recent days first focused on the question of whether elected and appointed officials and response agencies were prepared to effectively and efficiently respond to and mitigate this emergency situation and later to crediting those same agencies and individuals for enacting their responsibilities in a coordinated manner that led to a successful outcome, there is an underlying story that has not been covered.

Fleming, whose teaching, research and consulting have focused on organizational effectiveness with an emphasis on local, state, regional and national emergency service organizations, contrasts the response to Katrina as "largely unorganized and dysfunctional at all levels of government" with the recent response to Gustav as "a highly coordinated and collaborative effort where ensuring the life safety and the well being of those living in the impacted areas became the 'mission' driving all aspects of the preparation and the response."

His current professional activities include serving as chairman of Board of Visitors of the National Fire Academy within the U.S. Department of Homeland Security. Serving in this capacity has enabled Fleming to thoroughly understand the preparation that has taken place at all levels of government to ensure a successful response as recently witnessed.

Additionally, Fleming is the chairman of the Commonwealth of Pennsylvania Fire Service Certification Advisory Committee and the Chester County (Pa.) Local Emergency Planning Committees. His involvement at all levels of government with respect to emergency preparedness and response uniquely qualify him to address both successes and failures in the efforts to enhance our regional and national preparedness for hurricanes and numerous other emergency situations.