Dr. Wilson talks about some of the reasons for the increasing rates of prescription medications being used. 20 seconds “In the U.S., prescription rates have increased substantially since the 1990s. Part of that is change in the medical profession in terms of managing pain. It’s also largely the result of the fact that we have an aging population and when the population ages, they’re going to have multiple prescriptions per person.”

“ProfileChanging.mp3” Dr. Wilson said he nature of the profile of a typical drugged driver is changing in the U.S. 13 seconds “In the past it was mostly cannabis and other illicit drugs. Now prescription drugs have overtaken cannabis as the most prevalent type of drug involved in these fatal crashes.” 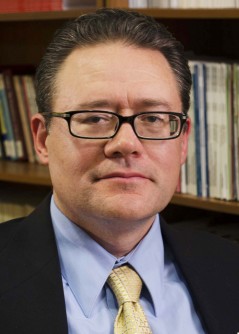 Newswise — Philadelphia, June 23, 2014 – Since 1993, the profile of a drugged driver has changed substantially. A study released today in Public Health Reports shows that more drivers are now testing positive for prescription drugs, cannabis, and multiple drugs, and they are more likely to be older than 50.

“While we’ve seen a decrease over the years in motor vehicle fatalities involving people under the influence, the nature of those crashes is changing,” said study author Fernando Wilson, PhD, associate professor at the University of Nebraska Medical Center.

The study examines trends in the characteristics of U.S. drivers who have been involved in fatal crashes between 1993 and 2010 and test positive for drugs. The study was funded by the Public Health Law Research program of the Robert Wood Johnson Foundation to investigate the relationship between state laws and the consumption of alcohol and other drugs on fatal car crashes. Learn more about the study and see additional findings here.

The study finds that the percentage of drugged drivers with three or more drugs in their system nearly doubled from 1993 to 2010, increasing from 11.5 percent to 21.5 percent. “In 1993, about 1 in 8 drivers were using multiple drugs concurrently. By 2010, it was closer to 1 in 5. That’s a large increase in drug use,” Wilson said.

The study also notes trends in drug use associated with age: Almost 60 percent of marijuana-only users were younger than 30 years old, and 39 percent of prescription users were 50 years old or older.

This trend seems to be in line with an overall increase in the use of prescription drugs by Americans, and the older population in general—90 percent of people ages 65 and older have prescription expenses.

“These trends are likely to continue into the future given the aging U.S. population, an increasing reliance on prescription medications by medical providers, and increasing initiatives to legalize marijuana” Wilson said. “However, it is unclear whether current state policies are completely up to the challenge of addressing the growing issue of drugged driving.”

Eighteen states currently have “per se,” or zero tolerance, laws for drugged drivers. Recent studies have shown, however, that these laws may not have been effective in decreasing traffic deaths.

To address these trends the authors suggest that policy-makers consider measures that would increase primary prevention of drug use by drivers, including curbing prescription drug use by drivers through counseling by medical professionals, and increasing affordable access to mass transit.

Public Health Law Research (PHLR) is a national program of the Robert Wood Johnson Foundation, with direction and technical assistance by Temple University. The program is dedicated to building the evidence base for laws that improve public health. PHLR funds research, improves research methods, and makes evidence more accessible to policy-makers, the media, and the public. For more information about PHLR, visit www.publichealthlawresearch.org.Insert RWJF Template.###