Newswise — October 30, 2019 – Many of us think about pollen only when allergy season is upon us.

However, for soil scientists like Matthew Ricker, pollen can be an invaluable tool. By tracking fossil pollen in soil, scientists can look back in time to better understand past land use and climate dynamics.

But, the study of fossil pollen has been restricted to relatively few sites, usually those near lakes or bogs. In a new study, Ricker and colleagues report that fossil pollen can be a viable tool in floodplain soils.

“We show that floodplains can contain abundant preserved pollen,” says Ricker, a scientist at North Carolina State University. “Therefore, floodplains can be useful sites to explore past climate and land uses.”

The study also showed that certain soil properties, such as the concentration of organic matter, are positively correlated to pollen abundance.  That’s important because pollen extraction and counting is relatively expensive if sent to a commercial lab. “It can often cost hundreds to thousands of dollars,” says Ricker. “If done in-house, it can be a very time-consuming process.”

The new findings will allow scientists to use easy-to-measure soil properties to predict whether preserved pollen is likely to be found in specific soil layers. Soil properties that correlate with pollen abundance include organic matter concentration and carbon-to-nitrogen ratio.

For the study, the researchers collected a total of 117 soil samples. Study sites were spread across 18 locations in Connecticut, Rhode Island and Massachusetts.

The researchers measured several soil properties, including organic matter, particle size and iron content. “We measured these soil properties as proxies for processes known to impact the preservation of pollen in natural systems,” says Ricker.

Fossil pollen can break down over time in soils with high levels of oxygen. “One of the challenges of working in floodplains is that these soils are usually well oxygenated,” says Ricker. “That can result in greater pollen degradation.”

However, many areas of the world lack natural lakes or bogs. “So, alternative landscapes – such as floodplains – need to be used for climate and land use reconstruction,” he says.

Surprisingly, even within floodplains, up to 40% of soil layers contained no pollen. Other nearby horizons had abundant preserved pollen. “This highlights the importance of being able to use easily measured soil properties to estimate the likelihood of pollen presence in specific soil layers,” says Ricker.

In addition to land use changes, fossil pollen can also help reconstruct past climate shifts. For example, certain soils in the eastern United States show shifts in pollen over the past 11,000 years.

After the last ice age, as glaciers retreated, pollen analysis showed changes in tree species, corresponding with the change in climate. Tundra sedges, characteristic of artic regions, were replaced by spruce trees – which we now find in the boreal forests of the subarctic regions. Then, as the climate continued to warm, mixed pine and deciduous forests (like we see today) became more common.

“Pollen can tell us how plants responded to past climate changes,” says Ricker. That can allow scientists to better predict future shifts in plant species and agriculture as global temperatures continue to rise. “We hope researchers start to use floodplains more frequently to reconstruct land use and paleoclimate,” he says.

Ricker is already looking beyond floodplains. “We are aiming to expand studying fossil pollen to other areas that have not been extensively studied,” he explains.

Read more about this work in Soil Science Society of America Journal. This research was supported by the National Research Initiative Competitive Grants Program (no. 2007-35107-17799). 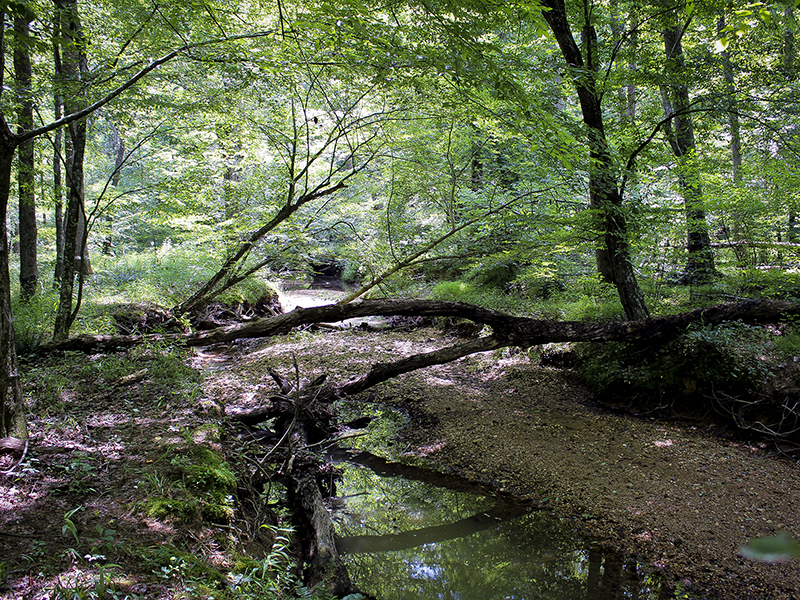 Caption: This floodplain in the southeastern U.S. can preserve pollen for land use reconstruction. 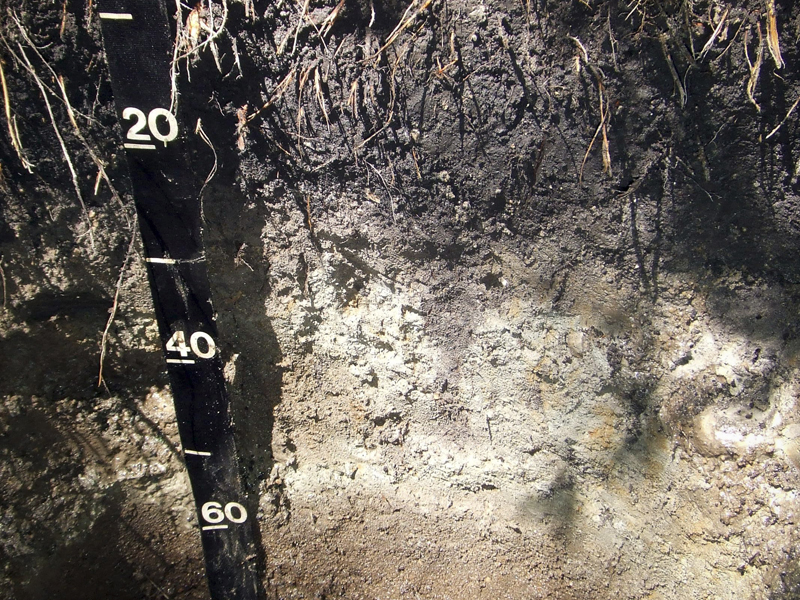 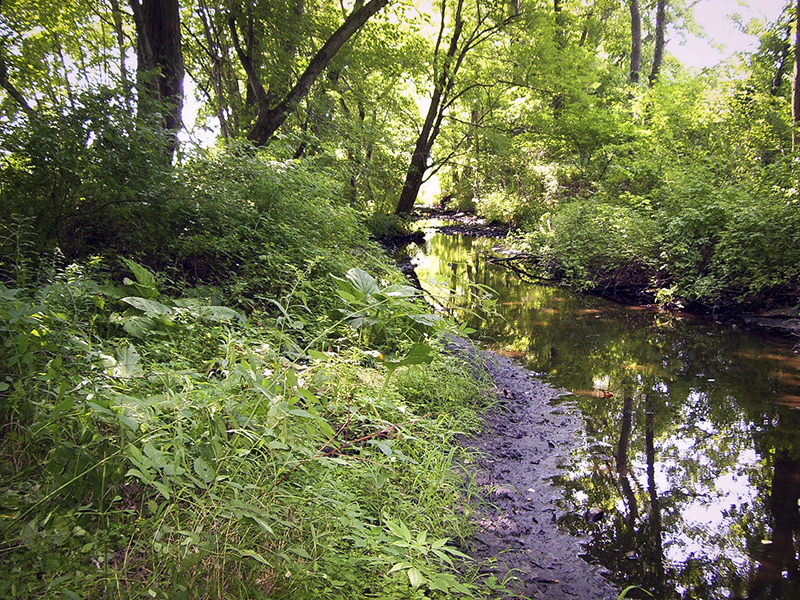