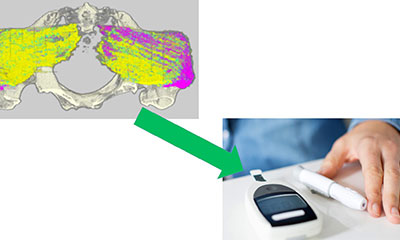 An illustration of the PIPChip device now under development to identify blood-based biomarkers for pressure injury risk in people living with spinal cord injuries. 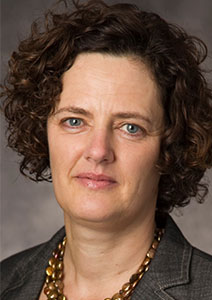 Newswise — CLEVELAND—Pressure injuries, also known as bedsores, are often understood as merely painful or uncomfortable side effects of immobility or limited mobility from a spinal cord injury or other causes.

But they can also be deadly: At least 60,000 people die from pressure ulcers each year in the United States, according to the U.S. Department of Health and Human Services.

A team of researchers from the Case Western Reserve University School of Medicine, Case School of Engineering and Louis Stokes Cleveland VA Medical Center is developing a blood-test device as an early warning system to help prevent pressure injuries.

The Pressure Injury Propensity testing device, or PIPChip, would allow patients to analyze a drop of their blood to identify biomarkers that could indicate their risk for developing pressure injuries that lead to serious infection.

Those found to be at greater risk could then take steps to avoid the sores, such as adjusting their wheelchair, using a better gel cushion or seeking professional medical help.

The research and development team is led by Kath Bogie, D.Phil, a biomedical engineer and associate professor of orthopedics and biomedical engineering at Case Western Reserve School of Medicine and a research career scientist at the VA’s Advanced Platform Technology Center.

This work will build on Bogie’s previously SCIRP-funded research identifying two biomarkers that indicate pressure-injury risk. Bogie and her team had found that blood samples showing a certain fatty acid binding protein revealed the levels of fat tissue, and another marker in the blood accurately showed the level of remaining muscle tissue.

Neither of those indicators, however, could be determined by simply looking at a person, but were only revealed by a blood test and confirmed in scanned images of their gluteus muscles.

“So, if you could tell—just like you do with cholesterol, which you also can’t tell just by looking at a person—that you have a problem before it happens, then you could take action,” Bogie said. “We can test for that now, but the Veteran would need to come here and the diagnosis would take some time.

“The idea here is that to get that diagnostic ability in their hands, so they can monitor and respond to their own level of risk,” she said. “These are terrible chronic wounds which kill more people than you would know.”

Bogie said the team hopes to have the device in clinical trials within the next three to five years, based on U.S. Food and Drug Administration approval.

Ultimately, she said, the goal is for the PIPChip to become an over-the-counter product.

Bogie said she reached out to Mohseni, Suster and Gurkan for their expertise in developing low-cost microfluidic point-of-care technology, meaning that it allows clinicians—or patients—to conduct real-time, diagnostic blood tests with portable analyzers.

Mohseni and Suster are the engineers behind ClotChip, a point-of-care device that can assess the clotting ability of a blood sample 95 times faster than current methods, using only a single drop of blood; Gurkan leads a university team that has developed micro-engineered tools to assess blood samples from patients before and after gene therapy treatment for Sickle Cell Disease, enabling global access to life-saving point-of-care diagnostic technologies.

Ferry will provide insight into what aspects of the device would be most useful to Veterans and other users.

The team’s work was also featured recently by the VA’s Office of Research and Development in its Research Currents online magazine.

Caption: An illustration of the PIPChip device now under development to identify blood-based biomarkers for pressure injury risk in people living with spinal cord injuries.