Price Controls on Drugs: Striking the Balance Between Affordability and Innovation

Many prescription medications are very expensive, but price controls could stifle the creation of new ones 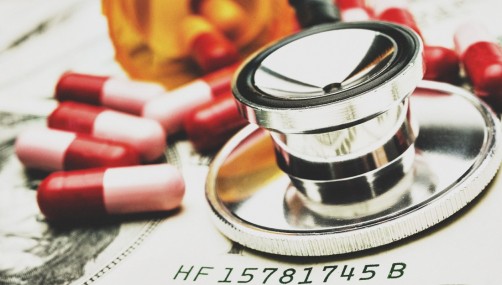 Newswise — With a number of high-profile cases of prescription medication prices suddenly skyrocketing, people naturally start to wonder if perhaps some government control over the price of drugs might be a good idea. However, due to the high risk and high cost of developing new drugs, it’s possible that capping the amount of money that can be made from them would suppress development of new therapeutics.

“If we have price controls, on the one hand, it seems like a good thing for the consumer,” said Mansoor A. Khan, RPh, PhD, professor and vice dean of the Texas A&M Irma Lerma Rangel College of Pharmacy College Station campus, “but, on the other hand, why would companies spend in excess of two billion dollars and wait 10 or more years to develop a drug if they can’t make a huge profit? That’s the balance we need to strike.”

Adding to the risk is the possibility that drugs might be pulled from the market before they can make any money at all, and as many as 80 percent of the drugs that are sold don’t recover the amount of money spent on their development completely, according to Khan. At the same time, some blockbuster drugs manage to make billions of dollars, and that helps encourage drug companies to continue to create new medications. “It’s an extremely high-risk, but highly profitable business,” he said.

Khan sees the approval of generics and competition in the market as being key to driving down costs. “We have a very good system in place in the United States to allow generic drugs after a certain number of years of exclusivity,” said Khan, who was director of the Division of Product Quality Research at the Food and Drug Administration (FDA) before joining Texas A&M. “About 88 percent of prescriptions are generic, and those manufacturers are able to copy the formulas of the original drug and avoid the extensive safety and efficacy clinical trials in patient populations, which means the medication becomes very inexpensive.”

However, that’s only if the system works properly, and it doesn’t always. “Some brand products have been around a long time—and their exclusivity has long since expired—but there are still no generics,” Khan said. “That’s something the FDA needs to deal with more effectively.”

One reason for the lack of generics is that sometimes a brand name drug company will file a citizen petition with the FDA, saying that manufacture of the drug is risky and complicated and that if generics are allowed, they may cause problems. “Generic approvals get delayed because of these petitions, and the FDA may ask the generic company to do additional testing or need extended multiple cycle of responses,” Khan said. These citizen petitions and response cycle times have the potential to delay timely access to generic medications.

Generally, generics don’t have to undergo a lot of clinical pharmacodynamics studies or animal safety testing; they simply must show that their product has pharmaceutical equivalence and bioequivalence with the original drug—which provide an indication that it is also therapeutically equivalent. However, when the drug is something that is not absorbed into the body in sufficient quantities to be detected in the blood, bioequivalence can be difficult to prove. This is generally the case for locally acting antibiotics and anti-inflammatory drugs in the gastrointestinal tract, products topically applied to the skin or ocular products because their concentrations are not significant enough in the blood to measure and quantitate. Regulations do exist to do bioequivalence by in vitro laboratory studies, but there are not many published and peer-reviewed studies to show and validate what those in vitro studies are.

Still, there are ways to approach the problem if the brand name drug company is insisting on further testing. “The regulations do provide a window, it’s just that a scientific determination needs to be made,” Khan said. “If the generic is made exactly the same as the brand, then you can test its stability and release in the different environments that exist in the human body, and if the release of the drug is the same or very similar as the brand, then we propose that it is very likely they will behave similarly in a human being.” A precedence of this approval by in vitro procedures without clinical bioequivalence studies is provided by the approval of locally acting vancomycin antibiotic capsules.

Additionally, many generic products are made outside the United States. Inspections of those facilities are difficult and more complicated than inspection of domestic facilities. “Foreign facility inspections need to be streamlined and should be on par with the frequency of domestic inspections,” Khan said. “If they are not streamlined to ensure a consistently good quality generic product quality, we may see more problems of drug shortages with unexpected post-market failures.”

Khan sees bringing the industry back to the United States as a required remedy, but says we need many more trained professionals. “Pharmaceutical and biotech industry might create 350,000 new jobs in the next ten years with regulatory reforms, according to Steven Ubl, the head of Pharmaceutical Research and Manufacturing Association, or PhRMA, but we don’t have anywhere near that number of people trained in the pharmaceutical sciences,” Khan said. “We have to be self-sufficient and shouldn’t depend on drugs manufactured elsewhere, and there is a tremendous opportunity here for education and training.”

To that end, approval for master’s and doctorate programs in the College of Pharmacy is in the works, and Khan hopes students can begin taking classes in the fall of 2018. Collaboration is also key. “We need to bring our Health Science Center, engineering, veterinary medicine, AgriLife, life sciences and other programs together and have incentives for a multidisciplinary approach,” he said. “If people work together, there is no doubt they can bring down the cost with more efficient manufacturing processes, novel products and a more streamlined regulatory process.”

“We cannot go on like this forever—some of these medications are just so expensive,” Khan added, “but if we avoid the greed displayed by some that have been identified in the media recently, and work together as a nation, there is no reason we cannot dramatically cut down on the price.”