Focus groups cite lack of knowledge, time and clinical support tools in effort to identify and care for estimated 37 million with CKD 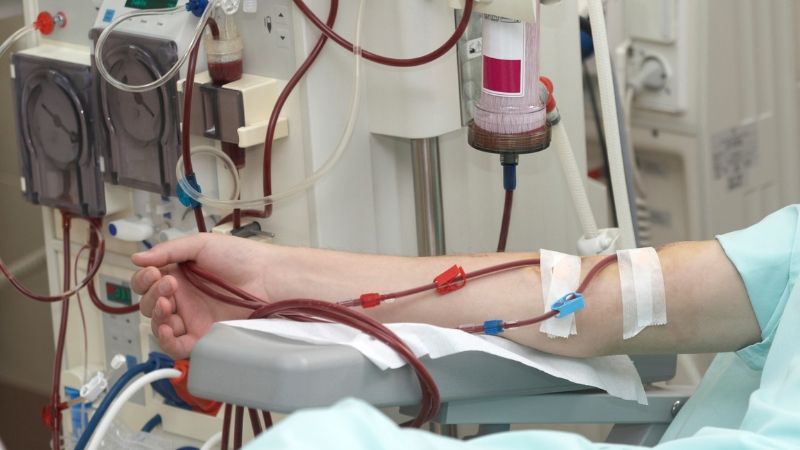 Newswise — On July 10, the Department of Health and Human Services (HHS) announced they were aiming to reduce the number of Americans developing end-stage renal disease by 25% by 2030. But, the results of a focus group study done by Johns Hopkins researchers of more than 30 veteran primary care physicians across the United States suggest that these primary care providers lack sufficient knowledge, clinical support tools and time to effectively identify and manage patients with chronic kidney disease (CKD). The study, published Aug. 22 in PloS ONE, suggests that much work is needed in order for HHS to achieve its goal.

By recognizing and diagnosing CKD in its earlier stages, researchers hope that primary care physicians will take the necessary steps to manage patients early on to prevent the physical and financial burden of advanced stage kidney disease.

High blood pressure and diabetes are the major contributors to CKD, now estimated by public health officials to affect 15% of the adult population or 37 million men and women. In a bid to slow the epidemic and reduce the high costs of dialysis, transplants and medical care associated with kidney disease, HHS wants to identify those at risk sooner to prevent disease progression with lifestyle changes and medicines.

The new study’s findings suggest that both nephrologists and primary care providers looking to meet the HHS goal face notable, albeit modifiable barriers to success.

“If we can really slow down progression of kidney disease through the earlier stages, it may have a meaningful impact on those complications that can develop, like cardiovascular disease and other health issues,” says John Sperati, M.D., associate professor of medicine at the Johns Hopkins University School of Medicine and director of the school’s Nephrology Fellowship Training Program. “If we hope to reduce the personal and financial toll of CKD and end-stage kidney failure, primary care physicians must be key players, and we as kidney specialists need to form better partnerships with PCPs, and need to offer more training and resources to them,” he adds.

Sperati estimates that there is only about one nephrology specialist for every 2,000 patients with chronic kidney disease across the U.S. Those nephrologists’ focus is mainly on the 8% of CKD patients who are in advanced stages with multiple complications or end stage kidney failure. Despite how prevalent this disease is, Sperati believes that, if managed early on by PCPs, some patients can avoid advanced stages.

According to the U.S. Renal Data System, total Medicare-related costs in 2016 were $79 billion for CKD and another $35 billion for end-stage renal disease. Sperati says it’s an extraordinarily expensive illness to care for in this country, as 70% of end-stage patients are on dialysis and the remaining 30% have a transplant. In addition, CKD increases the risk for cardiovascular disease, which also leads to earlier deaths. Sperati wants to keep people off dialysis and prevent them from needing transplants by having PCPs address concerns at younger ages and earlier stages.

To learn more about what knowledge primary care physicians have of CKD and the challenges they face in caring for patients, the researchers divided 32 participants from Baltimore, Maryland; St Louis, Missouri; Raleigh, North Carolina; and San Francisco, California, into four focus groups. Each group was composed of eight physicians of various races and ethnicities, diverse sizes and lengths of practice, and ranging in age. The average age of the participants was 53, 19 were male, 21 were white, and 75% had been in practice for more than 15 years.

The 90-minute focus group sessions, facilitated by a female general internist and health services researcher with expertise in qualitative methods, generated responses to questions about perceived barriers and aids for caring for CKD patients. Almost 85% of the primary care physicians said they felt comfortable managing patients with early-stage CKD, but not comfortable managing specific complications such as anemia (44%), bone disorders (72%) and excess metabolic acid in the body that damages the kidneys (69%). Most cited a lack of access to clinical resources such as clinical information systems and insufficient patient education material about CKD as reasons for their lack of confidence. Physicians cited a lack of adequate time to spend with patients and identified health care system-level barriers such as poor reimbursement for delivering care to medically complex CKD patients. These challenges contribute to limited visit times and high out-of-pocket costs for patients.

In the focus group discussions, PCPs also identified patient-level barriers to effective management, such as patients having a limited understanding of the implications of CKD and the financial challenges associated with needing medications, tests and other health costs.

Sperati says physicians in the focus group also emphasized a need for CKD guidelines that were easier to implement: 14 of the 31 said that they didn’t follow guidelines, typically given by professional societies such as KDIGO. When asked if they had educational tools and resources available to help patients understand and self-manage their day-to-day CKD needs, only 2 of the 32 strongly agreed that they did.

Asked to identify what could help them most, the focus group physicians cited access to automatic estimated glomerular filtration rate (eGFR) reports to screen for low levels of GFR -- a sign of early kidney disease; clear, concise guidelines for treatment; better education; and improved insurance coverage and physician reimbursement for services and care.

“This is very helpful information in identifying what primary care physicians see as barriers but also as potential solutions,” says Sperati. “The National Kidney Foundation and others in the nephrology community have worked hard to engage primary care physicians in the management of CKD patients, and this study should help to further refine and strengthen those efforts. The HHS goal will require addressing CKD from many angles simultaneously.”

While the primary care physicians studied had geographic and racial/ethnic diversity, Sperati cautioned that more research is needed to determine if the focus group findings reflect the views and practices of a broader group of PCPs, and that his team’s study did not seek out or reflect the views of other care providers, such as nurse practitioners and physician assistants, or patients themselves.

This study was funded by the National Kidney Foundation and no author declared any conflict of interest.