More women are running for political office, which could change the gender balance in one state legislature. Dianne Bystrom, director of the Catt Center for Women and Politics Kelly Winfrey, assistant professor in the Greenlee School of Journalism

Newswise — AMES, Iowa – There is reason to be optimistic the number of women in the Iowa Legislature in 2019 will surpass the record set 10 years prior.

Iowa has tied the record in recent years, but never elected more than 35 women, said Dianne Bystrom, director of the Carrie Chapman Catt Center for Women and Politics at Iowa State University. Bystrom is “cautiously optimistic” the state will see growth based on a Catt Center analysis of possible outcomes for the June 5 primary. At a minimum, 65 women will be on the general election ballot, but depending on primary results it could be as high as 96.

“Nationally, women are doing well in the primaries so far and we expect to see similar results in Iowa,” Bystrom said.

Kelly Winfrey, a Catt Center collaborator and an assistant professor in the Greenlee School of Journalism and Communication, conducted the analysis. She says there are 23 open-seat races in the Iowa Legislature and women are running in 18 of those races. Any candidate, regardless of gender, will have a greater rate of success in an open-seat race, rather than facing an incumbent.

“In the past several election cycles, between 50 and 62 percent of women won their races,” Winfrey said. “They’re winning just as much – and sometimes more often – than men.”

Comparing the 2016 and 2018 primaries – data accessible through the Catt Center’s Women in Iowa Politics Database – illustrates the growth in women running for office:

The growth is not unique to Iowa. Bystrom says nationally a record number of women are running for governor or the U.S. House of Representatives. She and Winfrey will track results from the Iowa primary election and provide updates on the Catt Center’s website.

Bystrom and Winfrey expected to see more women candidates after the Catt Center’s Ready to Run Iowa campaign school had a record 172 participants in 2017. They say there is increased interest from women and men, but the 2016 election and the #MeToo and #TimesUp movements in particular have motivated women.

“Many women were upset, but rather than being depressed about the results of the 2016 election they were reinvigorated,” Bystrom said. “Women realized they had to get involved, and we are seeing more women from both political parties running, which is a good sign.”

Just as important as running for office, more women are making their voices heard, Winfrey said. She and Bystrom see several similarities between Anita Hill, whose 1991 allegations of sexual harassment by Supreme Court nominee Clarence Thomas led to a record number of women running for office in 1992, and recent high-profile cases of sexual harassment. Winfrey says young women are realizing sexism is still an issue.

“Teaching the women in leadership class, I found many young women thought we solved sexism, and the past two years have been very eye opening,” Winfrey said. “Some young women did not realize sexism still existed, or they experienced it and thought it was not the norm. Now they realize it is a much bigger issue. It has mobilized women to get out there and make a change.”

Polls show sexual harassment is an important issue for women, regardless of party affiliation, Bystrom said. She and Winfrey expect the economy, education and health care also will be top issues, but more so in the general election than the primary. 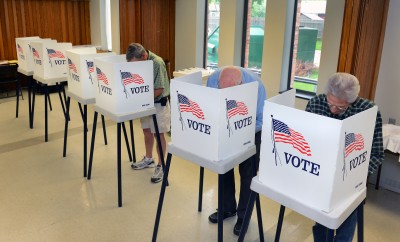 Caption: More women are running for political office, which could change the gender balance in one state legislature. Caption: Dianne Bystrom, director of the Catt Center for Women and Politics 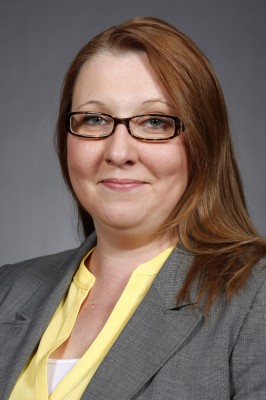