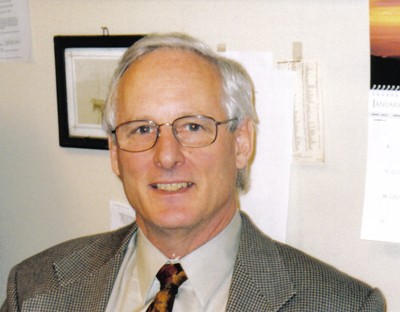 Newswise — “Recent catastrophic earthquakes in Haiti and Chile have once again reminded us that our world view must include extreme events and their impacts. We know that the United States is particularly vulnerable due to its large populations living and working in high risk areas: seismic zones, coastal and riverine flood plains, and urban terrorist targets. Catastrophic events can and will happen here,” John Harrald, research professor, Virginia Tech Center for Technology, Security, and Policy, warned today during his testimony at a subcommittee hearing of the U.S. Senate Homeland Security and Governmental Affairs Committee (He spoke at 1 p.m.).

During the hearing on New Paradigms for Private Sector Preparedness, Harrald, who is located in the National Capital Region (www.ncr.vt.edu/) and also serves as chair of the Disasters Roundtable, The National Academies, said that U.S. response doctrines imply that disasters produce victims who must depend upon assistance provided by those trained and equipped to do so. “Reacting to past events, we have created larger and more capable government-centric response systems. This has worked well for large events such as the 9/11 attacks and the 1984 Florida hurricanes, but has failed during catastrophic events such as Hurricane Andrew and Hurricane Katrina with devastating social and economic impacts,” Harrald said. “In my opinion, we are at a point in time where a shift in our policies and actions concerning extreme events is both necessary and possible. This paradigm shift will affect how both the private and public sectors react strategically and operationally to these events.”

Harrald cited three areas where change is occurring now: building and sustaining community resilience, creating a collaborative and enabling preparedness and response culture, and using science and technology to replace reactive doctrine with proactive, agile systems. “The private sector plays a critical and central role in each of these elements and, with investment and leadership, they will lead to a fundamental paradigm shift,” he said.

According to Harrald, community resilience is the key to preparedness and relationships and resources that exist at the local level are primary predictors of the ability to absorb, adapt, survive and thrive when faced with extreme events. “We have historically focused on promoting individual preparedness, supporting business recovery, and ensuring government continuity of operations,” he said. “Resilience, however, requires the building of collaborative relationships that will enable communities and businesses to better absorb, adapt, survive, and thrive when confronted with extreme events.

Harrald pointed to examples where significant national steps have been taken to make the development of community and national resilience a national strategic objective. A Resilience Directorate has been established within the White House National Security Council. In its Quadrennial Homeland Security Review, the U.S. Department of Homeland Security (DHS) has adopted the objective that the United States be “A Nation that is resilient to all threats and hazards.” The Department of Health and Human Services (DHHS) emphasizes community resilience in the recently released National Health Security Strategy for the United States, and the recently released DHS/HUD National Disaster Recovery Framework states that, for successful recovery to occur, communities should adopt sustainability and resilience strategies.

With a changing disaster management culture, current preparedness, response, and recovery doctrine based on government centric control will be replaced by a culture that enables collaboration, said Harrald. He explained that most people impacted by a disaster are uninjured, healthy, and willing and able to help those more seriously impacted and to rebuild their community. Therefore, they should not be viewed as victims, but as resources. “The objective is not to create government organizations capable of doing things for people; instead we must be able to mobilize national resources, public and private, to work with citizens to help restore social, physical, and economic systems,” said Harrald.

“We are also witnessing a very significant shift in how science and technology are used in disaster response,” said Harrald. “Physical science better informs us of our risk exposure and helps us develop credible planning scenarios. Social scientists have introduced the concept of social vulnerability into the preparedness, response, and recovery doctrine and have studied how people behave during the crisis and recovery periods. Preparedness must be based on what we have learned from science, not on disaster myths and fears.”

Harrald ended his testimony suggesting that the policy implications for the federal government are in three primary areas: implement policies and programs that enable local and regional capabilities to set their priorities and use their local resources and knowledge; ensure that federal grant programs intended to create resilience are adequately funded and coordinated, and create trusted relationships, which is the basis of any collaborative network. “This requires open and frequent information sharing, which conflicts with the cultural values of both the public and private sectors. Managers in both the private and public sectors are trained in and rewarded for the withholding and controlling of information. In my opinion, the trusted relationships needed to break down these barriers are most likely to develop at the local and regional level,” Harrald said.