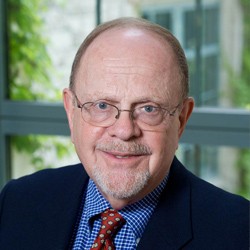 Joseph L. Schofer is a leading academic specialist on transportation policy at Northwestern University and host of “The Infrastructure Show” podcast. He is prepared to discuss the pros and cons of President Trump’s proposal to renew the nation’s deteriorating roads, rails and bridges through expanded public-private financial partnerships.

Schofer is a professor of civil and environmental engineering at the McCormick School of Engineering and a faculty associate of Northwestern’s Transportation Center. He can be reached at 847-491-5221 or j-schofer@northwestern.edu.

“There is plenty of upside potential from widespread infrastructure privatization. If a private consortium secures a franchise to design, build, finance and operate a facility, such as the commuter rail link to the Denver airport, that consortium may be able to deliver the project faster and more cheaply than a government entity. Private sector efficiency can come from slimmed-down bureaucracy and incentives built into contracts to make the consortium absorb the costs of schedule delays and cost overruns.

“There is a lot of private money around the world looking for solid investments that pay consistent returns over many decades. Witness the recent Saudi commitment to put $20 billion in a new Blackstone infrastructure fund.

“The unspoken message, however, is that the private sector insists on being repaid and making a profit, and investors can be expected to exploit every opportunity to leverage user fees from assets and amenities -- think pay toilets at interstate rest areas, for instance -- that American commuters have traditionally enjoyed for free.”