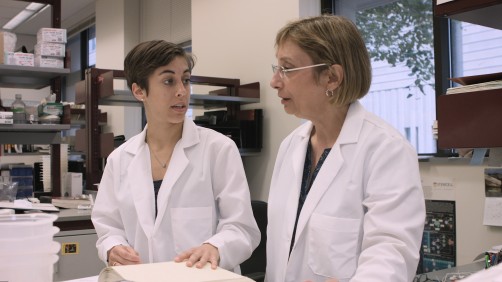 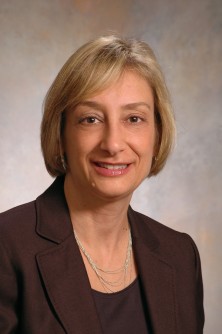 Newswise — The gut bacteria of infants who developed tolerance to cow’s milk after treatment with probiotic formula showed significant differences from those who remained allergic, according to a new study published September 22, 2015, in The ISME Journal by scientists from the University of Chicago, Argonne National Laboratory and the University of Naples Federico II, Italy.

The newly tolerant infants had higher levels of several strains of bacteria that produce short chain fatty acids, such as butyrate, which help maintain homeostasis in the gut. The discovery of bacteria that drive tolerance to problem foods like cow’s milk could be crucial to developing new treatments to help children with food allergies.

There has been an unprecedented increase in food allergies in developed countries, rising by as much as 20 percent in the past decade. Allergy to cow’s milk is one of the most common, occurring in up to three percent of children worldwide.

Emerging evidence suggests that modern environmental influences, including widespread antibiotic use, high-fat and low-fiber diets, reduced exposure to infectious diseases, Caesarean birth and formula feeding have altered the mutually beneficial relationship between humans and the bacteria that live in our gastrointestinal tract. This dysbiosis, or skewing of the structure of the microbial community, can predispose genetically susceptible individuals to allergies.

Previous research from collaborator Roberto Berni Canani and his team at the University of Naples showed that infants with cow’s milk allergy who are fed formula containing a form of the milk protein casein, supplemented with the probiotic bacterial species Lactobacillus rhamnosus GG (LGG), develop tolerance at higher rates than those treated with a non-probiotic formula.

“Mouse model work from our laboratory published last year identified a common class of mucus-associated gut bacteria that play a critical role in regulating the access of dietary allergens to the bloodstream” said Cathryn Nagler, PhD, Bunning Food Allergy Professor at the University of Chicago and lead author of the study. “This suggests a novel mechanism by which commensal bacteria regulate allergic responses to food.”

To examine whether probiotic administration modulates gut bacterial composition to enhance acquisition of tolerance to cow’s milk, Nagler and colleagues performed sequence analysis to identify bacteria in stool samples collected from healthy infant subjects, infants with cow’s milk allergy who had been fed the LGG enriched probiotic formula, and those who had been fed the formula without added probiotics.

Overall, the gut microbiome of infants with a cow’s milk allergy was significantly different than healthy controls, suggesting that differences in the structure of the bacterial community indeed influence the development of allergies. Infants treated with the LGG probiotic formula who developed tolerance to cow’s milk also had higher levels of bacteria that produce butyrate than those who were fed the probiotic formula but did not develop tolerance. This further suggests that tolerance is linked to the acquisition of specific strains of bacteria, including Blautia and Coprococcus, which produce butyrate.

“The ability to identify bacterial strains that could be used as novel therapeutics for treating food allergies is a fundamental advance,” said Jack Gilbert, PhD, associate professor in the Department of Ecology & Evolution at the University of Chicago, group leader for microbial ecology at Argonne National Laboratory and co-author of the study. “Translating these findings into clinical treatments is our next goal, and one that is now possible through the new FARE Clinical Network center here at the University of Chicago.” In July 2015, University of Chicago Medicine was among 22 centers of excellence across the country chosen by Food Allergy Research and Education (FARE) to be inaugural members of its FARE Clinical Network, which is working to accelerate development of therapies and raise the standard of care for people with life-threating food allergies. Led by medical director Christina Ciaccio, MD, assistant professor of pediatrics at the University of Chicago Medicine, the center conducts trials for promising therapies and collaborates with FARE and other centers to establish best practices for the care of patients with food allergies.

The study, “Lactobacillus rhamnosus GG-supplemented formula expands butyrate-producing bacterial strains in food allergic infants,” was supported by the National Institute of Allergy and Infectious Diseases, Food Allergy Research and Education, the Chicago Biomedical Consortium and the Italian Ministry of Health. 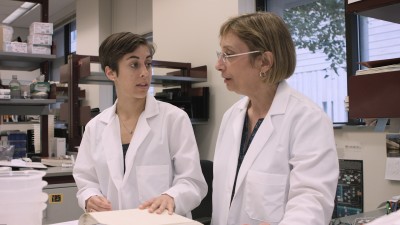 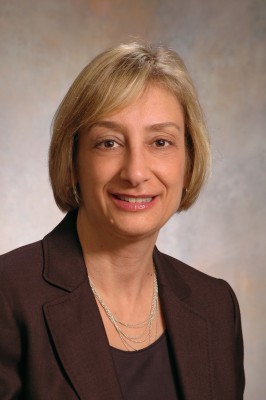