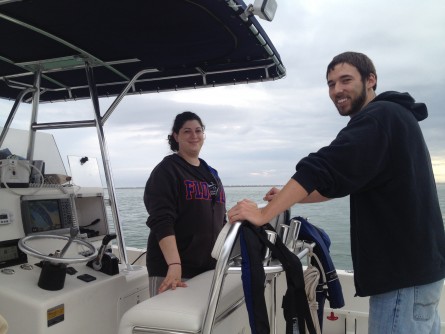 Students Cayla Dean and Bryan Hamilton on a Research Vessel 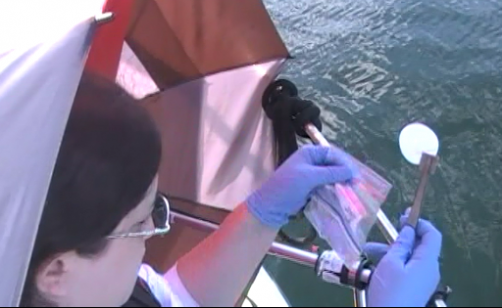 Newswise — FORT LAUDERDALE-DAVIE, Fla. – Researchers from Nova Southeastern University's Oceanographic Center (OC) recently participated in a three-week field campaign in the Gulf of Mexico that centered on the fate of oil that is released into the environment. As a part of this study, NSU researchers also took sea surface and subsurface samples to aid in a NSU project that is currently funded by a President's Faculty Research and Development grant.

Alexander Soloviev, Ph.D., a professor at NSU's OC, traveled to the Pensacola-Destin area as part of the Consortium for Advanced Research on Transport of Hydrocarbon in the Environment (CARTHE) research team. Accompanying Soloviev on the research trip were Bryan Hamilton and Cayla Dean, two OC graduate students.

CARTHE, which is funded by the Gulf of Mexico Research Initiative (GoMRI), consists of several major oceanographic organizations and is coordinated by University of Miami professor Tamay Özgökmen, Ph.D. Its purpose is research that will help predict the fate of oil that is released into the environment and help inform and guide response teams. These predictions can help minimize oil spill damage to human health, the economy, and the environment. Data was collected using ocean drifters that were deployed in various locations and by the release of dye to track water flow patterns.

"Despite the industry's best efforts, oil spills still occur," said Soloviev. "It's not a matter of if, but when. We need to be ready to act, and our research is aimed at helping those responding to such crises. The goal is to lessen the negative impact - as much as possible - an oil spill has on the environment."

As a part of this study, the NSU group implemented new methods to sample the sea surface microlayer and subsurface water in order to determine what types of surfactant and oil associated bacteria were present. These bacteria can aid in the formation of sea slicks, which affect many aspects of the sea surface and can be seen in satellite imagery. Certain bacteria can also use oil as a source of energy, making these organisms important when studying the presence of oil in marine environments.

The analysis of microlayer samples will aid in the continuation of a Physical Oceanography Lab microlayer project, which was awarded a President's Faculty R & D grant for 2013-2014. The bacterial makeup of acquired samples will be identified using sophisticated DNA analysis methods, under guidance by NSU professors Mahmood Shivji, Ph.D. (NSU's OC) and Aurelien Tartar, Ph.D. (NSU's Farquhar College of Arts and Sciences.)

Presentations by the NSU team on the results of this project will be reported at the GoMRI Oil Spill and Ecosystem Science Conference in Mobile, Alabama (January 26-28, 2014) and at the Ocean Sciences Meeting in Honolulu, Hawaii (February 23-28.)

About Nova Southeastern University: Situated on 314 beautiful acres in Fort Lauderdale, Florida, Nova Southeastern University (NSU) is a dynamic, fully accredited research institution dedicated to providing high-quality educational programs at all levels. NSU is a not-for-profit independent institution with an enrollment of 27,000 students. NSU awards associate's, bachelor's, master's, specialist, doctoral and first-professional degrees in a wide range of fields. NSU is classified as a research university with "high research activity" by the Carnegie Foundation for the Advancement of Teaching, and it is one of only 37 universities nationwide to also be awarded Carnegie's Community Engagement Classification. For more information, please visit www.nova.edu. Celebrating 50 years of academic excellence! 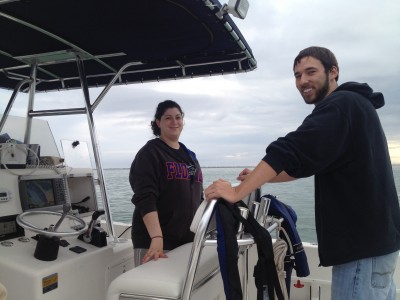 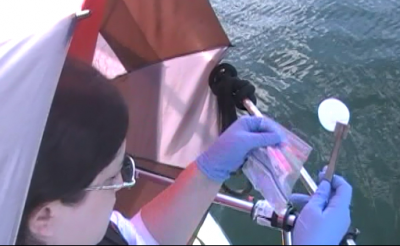 Caption: Grad Student Cayla Dean Takes a Sample in the Gulf of Mexico