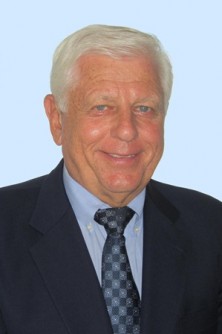 Charles H. Hennekens, M.D., Dr.P.H., the first Sir Richard Doll professor and senior academic advisor to the dean in the Charles E. Schmidt College of Medicine at Florida Atlantic University, and David L. DeMets, Ph.D., the first Max Halperin professor of biostatistics and medical informatics at the University of Wisconsin School of Medicine and Public Health, have published an editorial in the current issue of Nature Reviews/Cardiology titled “Aspirin in Primary Prevention Needs Individual Judgments.”

Hennekens, the first to discover that aspirin prevents a first heart attack and is of lifesaving benefit when given during a heart attack or among long-term survivors, was invited by the editor of the journal to provide perspectives on the recent U.S. Food and Drug Administration (FDA) statements that any decision to use aspirin should be an individual clinical judgment by healthcare providers. The authors provide updates to clinicians and their patients on the optimal use of aspirin for the treatment and prevention of a first heart attack. “All patients suffering a heart attack or blockage of an artery in the brain should receive 325mg of regular aspirin promptly, and daily aspirin thereafter to reduce their death rate as well as subsequent heart attacks and strokes," said Hennekens. “Among long-term survivors of prior heart attacks, occlusive strokes or blockages in the arteries of the legs, aspirin should be continued long-term unless there is a specific contraindication." In primary prevention, Hennekens and DeMets strongly endorse the recent FDA statement that any judgments about prescribing long-term aspirin for apparently healthy individuals should be based on individual clinical judgments between the healthcare provider and each of his or her patients. This individual clinical judgment should weigh the absolute risk of a first heart attack against the absolute risk of a major bleed. “The increasing burden of cardiovascular disease in developed and developing countries underscores the need for more-widespread therapeutic lifestyle changes as well as the adjunctive use of drug therapies of proven net benefit in the primary prevention of cardiovascular disease,” said Hennekens. “These should include statins to lower LDL-cholesterol levels, and various drugs necessary to achieve control of high blood pressure.” Hennekens added that “general guidelines for the utilization of aspirin among all apparently healthy adults are not yet justified.”

The numerous honors and recognition Hennekens has received include the 2013 Fries Prize for Improving Health for his seminal contributions to the treatment and prevention of cardiovascular disease, the 2013 Presidential Award from his alma mater, Queens College, for his distinguished contributions to society, and special recognition in 2013 from the American Heart Association, which he shared with FAU’s Charles E. Schmidt College of Medicine, for past, current and future contributions to reducing suffering and death from heart attacks and strokes.

Science Watch ranked Hennekens as the third most widely cited medical researcher in the world from 1995-2005, and five of the top 20 were his former trainees and/or fellows. In 2012, Science Heroes ranked Hennekens No. 81 in the history of the world for having saved more than 1.1 million lives.