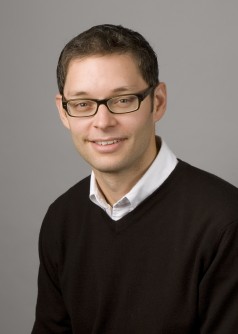 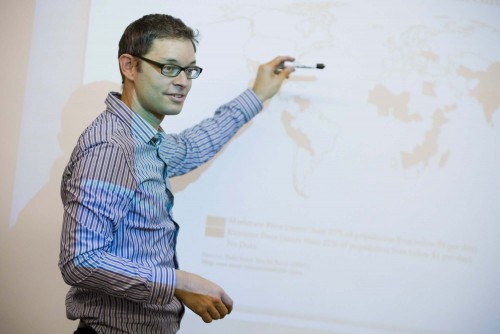 Newswise — Todd Knoop, the David Joyce professor of economics and business at Cornell College, has written his fourth textbook, “Business Cycle Economics: Understanding Recessions and Depressions from Boom to Bust,” which will be released on Feb. 28.

Knoop’s previous books include “Recessions and Depressions: Understanding Business Cycles,” originally published in 2004 and updated in 2009, and “Modern Financial Macroeconomics: Panics, Crashes, and Crises,” published in 2008, which also examined why economies have up and down cycles.

His latest book explores that topic further, and includes information and data gathered during the 2008 global financial crisis and its aftermath. Economics isn’t a purely academic affair, Knoop said, and almost every macroeconomic theory came out of real-world events, especially recessions and depressions.

“When markets break down we get our fundamental insights into the underpinnings of the entire system,” he said, and situations like that also allow economists to examine the solutions that worked and those that didn’t.

Through examining specific recessions and depressions, beginning with the Great Depression, through the East Asian crisis and Great Recession in Japan, and culminating with a detailed examination of the European debt crisis and the 2008 global financial crisis, the book explains the role of financial systems and of market failures in finance. It also works to explain why economic bubbles—like the housing bubble that preceded the 2008 crisis—continue to happen.

Part of the explanation involves changing the way economists think about and predict human behavior, Knoop said, which is why the book includes discussions about behavioral economics and the psychological factors that go into decision making. Economists have increasingly been forced to move away from theories that involve people making perfectly rational decisions, he said, and instead consider the ways humans really act, and the ways in which they are predictably irrational.

That irrationality extends to groups, as well, Knoop said. “Sometimes actions are rational for individuals, but not for the group. Behavioral economics can help us understand why things break down.”

The book also attempts to offer solutions that might help lessen the impact of a future crisis. During the 2008 crisis governments tried things that had previously only been theories from academic economists, Knoop said, and one of the reasons the crisis didn’t turn into a second Great Depression was government intervention. But, he said, the question of exactly how much better government intervention made things is still open. By looking at what worked, and how solutions were implemented, economists can develop new theories that might help during the next crisis.

Still, there will likely be future crises, Knoop said. They will probably be similar to ones in the past, but will also be different in important ways, because of the ways economies are constantly evolving.

“We have to be realistic about how much economists can do to solve the problem of boom-and-bust business cycles,” Knoop said. “The economy changes, and that’s a good thing, but it also creates new problems.”

Examining previous crises and looking closely at the lessons they teach is an important step in at least lessening the impact of future ones, he said. And economists, especially those who are willing to examine multiple different theories, are well-placed to help. There are innumerable competing theories about the causes of and solutions to recessions and depressions, and you have to understand all of them, he said.

“Part of what of makes good economists is that they can hold two different ideas in their mind at the same time,” Knoop said. “They can worry about deficits while also understanding the advantages of them, and try to balance things. They’re able to weigh all of the different trade-offs.”

Knoop, who earned a Ph.D. in economics from Purdue University, has taught at Cornell College since 1998. His latest book, published by ABC-CLIO/Praeger Press, is available as an e-book now and as a hardcover on Feb. 28. 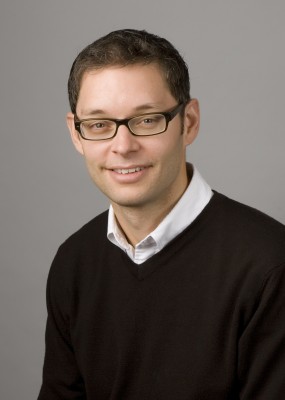 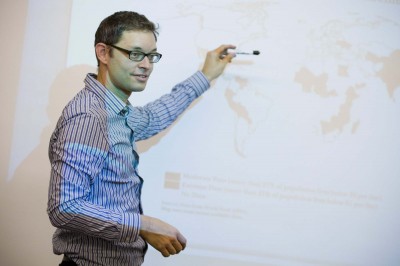