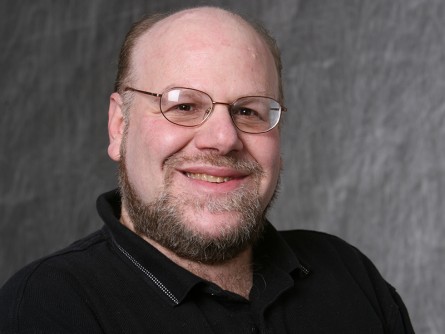 James Hendler, the Tetherless World Professor of Computer, Web, and Cognitive Sciences at Rensselaer Polytechnic Institute, has been selected by the National Academy of Public Administration for inclusion in its 2018 Class of Academy Fellows.

Fellow status recognizes outstanding contributions to the field of public administration and policy. Induction of the 40 new fellows will occur during the academy’s annual fall meeting, which will take place November 1-2 in Arlington, Virginia.

“I am pleased to welcome the 2018 class of fellows,” said Academy President and CEO Terry Gerton. “They are an outstanding group, representing the best in public administration professionals, and will enrich our fellowship, especially as we launch an effort to identify and address Grand Challenges in Public Administration.”

Hendler is the director of the Institute for Data Exploration and Applications (IDEA) at Rensselaer, where he also heads the RPI-IBM Center for Health Empowerment by Analytics, Learning, and Semantics (HEALS).

“James Hendler’s work at Rensselaer exemplifies the spirit of collaboration and intellectual agility that informs our vision of The New Polytechnic,” said Rensselaer President Shirley Ann Jackson. “It is very encouraging to see his ongoing contributions to scientific discovery and public discourse receive such significant recognition from the National Academy of Public Administration.”

An expert in artificial intelligence and one of the originators of the “Semantic Web,” Hendler is a former member of the U.S. Air Force Science Advisory Board, the former chief scientist of the Information Systems Office at the U.S. Defense Advanced Research Projects Agency (DARPA), and a recipient of the U.S. Air Force Exceptional Civilian Service Medal. In addition to numerous other policymakers and government agencies, including the Department of Defense, Hendler has worked with the White House on the development of Data.gov, the U.S. government’s open data site, as an “Internet Web Expert.”

“It is important to realize, that if we are to live up to Rensselaer’s motto—‘Why not change the world?’—it’s not enough to be just a technologist,” Hendler said. “Governments make the laws that dictate how technology can be used and also determine how to use it to render services to their citizens. As one of the few computer scientists elected to this national academy, I plan to extend my work with the government to help ensure that Rensselaer’s work in artificial intelligence and related technologies is used to change the world for the better.”

In 2012, Hendler was one of the inaugural recipients of the Strata Conference “Big Data” awards for his work on large-scale open government data. In 2013, he was appointed the Open Data Advisor to New York state. He is a member of the U.S. Homeland Security Science and Technology Advisory Committee, the National Academies Board on Research Data and Information, and the Director’s Advisory Committee for the National Security Directorate of the Pacific Northwest National Laboratory. In 2018, he became chair of the Association for Computing Machinery’s U.S. Technology Policy Committee.

The National Academy of Public Administration is an independent, nonprofit, and non-partisan organization established to assist government leaders in building more effective, efficient, accountable, and transparent organizations. Election to the National Academy is one of the highest honors for those engaged in the study or practice of public administration. The 2018 class joins nearly 900 fellows of the academy—including former cabinet officers, members of Congress, governors, mayors, and state legislators, as well as prominent scholars, business executives, nonprofit leaders, and public administrators.