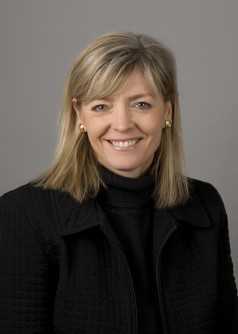 Newswise — A Cornell College professor just wrapped up a three-year project to research the story behind one Iowa public school’s struggle to deal with diversity and cultural differences following the initiation of a controversial federal program.

Professor of Education Jill Heinrich has published a qualitative research study in the journal Educational Review: When cultures clash: The story of one school’s journey from acculturation to understanding.

The study takes a deep look at conflict, tension, and the misunderstandings that came about because of the federally-funded initiative known as HOPE VI.

“My study examines the conflicts one particular junior high experienced as it sought to mediate the tensions that resulted from the rapidly changing demographics it experienced due to in-migration,” Heinrich said. “A significant number of urban, poor families had relocated to the school (referred to as Richmond) from Chicago because their housing projects had been felled through the auspices of HOPE VI, a federal initiative intended to decentralize poverty in urban areas. Because many of the behaviors and attitudes of these students differed from those that had long been privileged in the halls of Richmond, the students were repeatedly disciplined and signaled out for being ‘disrespectful’.”

Heinrich’s research offers insights to educators about what happens when diverse groups come together with very little understanding of each other. She explores acts of aggression, tardiness, and power struggles that started to fill the halls and classrooms of the school.

“Once the school realized that cultural difference, rather than any intentional disrespect on the part of the students, was the source of these conflicts, they set themselves on the path to resolving them,” Heinrich said. “In the end, Richmond’s story saliently speaks to the power of change, for when called upon to do so, its teachers, administrators, and students embraced and owned it in their efforts to find community.”

Heinrich explains how the school’s teachers and administrators never gave up—even when they faced resistance from students, criticism from parents, and sensationalism in the local media.

As she writes in the journal article: “Finally, but perhaps most importantly, Richmond realized that culture change was not culture loss.”

Heinrich has taught at Cornell College in Mount Vernon, Iowa since 2003. She also taught high school English for 11 years. Her research interests include religious literacy and separation of church and state in American public education, masculinity studies, post-colonial education, and culture in Belize. Heinrich teaches an off-campus course in San Pedro Town on the island of Ambergris Caye in the country of Belize.