Stanley Harris, who passed at the age of 91 on Dec. 27, was a Wildlife professor at Humboldt State University for 33 years. He helped build the HSU Department of Wildlife into one of the best in the country and played a big part in creating the Arcata Marsh & Wildlife Sanctuary. 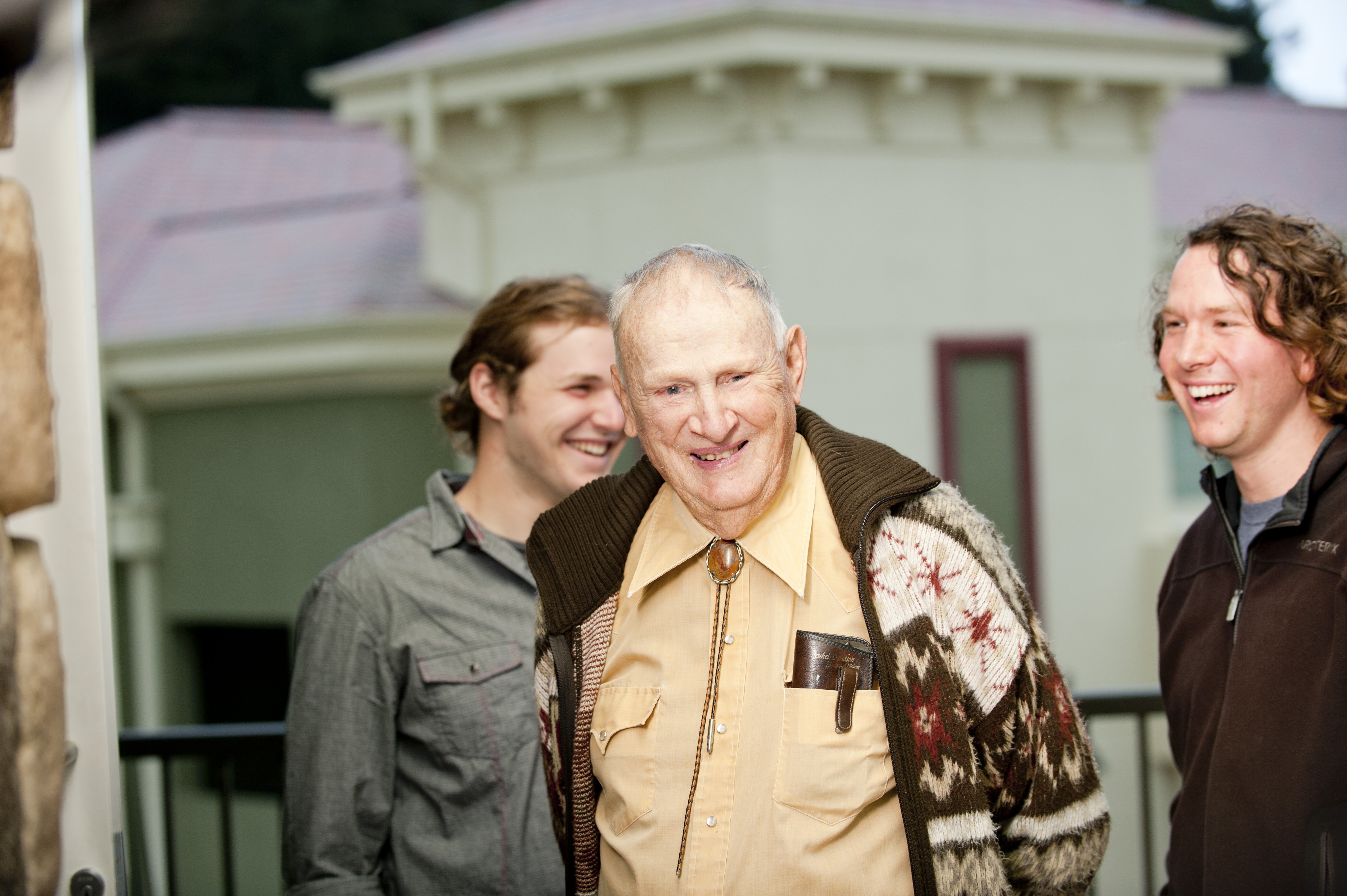 Many of the students who have benefitted from the scholarships have used the funds for their research and gaining experience in the field, which Harris was a huge proponent of.

Receiving the Lorene J. Harris Scholarship allowed Sara Moriarty-Graves (‘19, Wildlife) to volunteer more than 400 hours, gaining valuable experience that has made her more qualified for positions in her field. Moriarty-Graves sees the impact of Harris’s legacy beyond the funding. “He has inspired me to make lasting positive impacts for wildlife,” she says.

Adam Mohr is a Wildlife graduate student who came to HSU in part because of the department’s reputation, which Harris had a hand in building. A recipient of the Stanley W. and Lorene J. Harris Scholarship, Mohr used the funds to support his thesis work studying elk populations. The money allowed him to visit his fieldwork sites, as well as to present his findings at wildlife conferences around the country.

Mohr never got the chance to meet Harris, but says he appreciates how Harris “realized the importance of the development of the new generation of wildlife researchers and managers.”

Harris certainly influenced new generations of wildlife researchers and managers. Michael Harris, Professor Harris’s son, saw how his father was instrumental in students’ careers “He was very committed to supporting his students, doing everything he could to be able to find them jobs later in the field,” he says.

According to Mark Colwell, an HSU Wildlife professor who counts Harris as a mentor and friend, you can find one of his pupils working in most of the federal agencies around the country. Colwell recalls how he’d often see Harris while on field trips with students at the Arcata Marsh.

Harris remained committed to teaching students long after retirement. Will Goldenberg (‘08 Wildlife Management BS, ‘13 Wildlife Management MS) recalls Harris coaching him and other students for the Wildlife Conclave Quiz Bowl.“There was a lot of laughing, joking, and ‘Doc Harris’ telling stories from the old days,” he says. “We truly valued those sessions.”

Goldenberg also received the Stanley W. Harris Scholarship as an undergrad and credits it for being the springboard to his career as a wildlife cinematographer. The funding went directly to creating a short film about shorebirds in Humboldt County, which went on to garner local and international awards. Since HSU, Goldenberg has traveled the world working with outlets such as BBC, National Geographic, and Discovery Channel through his career in the natural history film industry.

“Knowing that my film was, in part, funded by an award from Doc Harris gave a certain gravity to my work and elevated my ambitions to create a film that he would have been proud of,” says Goldenberg.

The financial support the Harris’ are providing HSU students has a major impact on the ability of students to not just fund, but focus on their studies and research.

Thanks to the funds she received from the Lorene J. Harris Scholarship, HSU student Jaime Carlino was freed up to gain more experience researching barn owls. Carlino ’s ultimate goal — “to pursue a life dedicated to making a positive contribution to wildlife around the world through research and education” — echoes the impact Professor Harris had on students:

Brissa Kamakaniokekai Christophersen also came to HSU because of the Department of Wildlife’s strong reputation, noting that she “immediately knew I wanted to immerse myself in it.” As an out-of-state student coming from a low-income family, Kamakaniokekai Christophersen was struggling with food and housing security before she was awarded the Stanley W. Harris Scholarship. Receiving the scholarship helped ease this burden, and she plans to pursue a graduate degree with the goal of working for a nonprofit organization or federal agency.

Like other students, Kamakaniokekai Christophersen is grateful for Harris’s support. “I’m thankful for his investment in the future of wildlife conservation,” she says. “His legacy will live on through us.”

To honor Professor Harris, gifts can be made to the Harris’ endowed scholarships online. For more information, please contact the HSU Foundation at 707-826-5200 or [email protected]