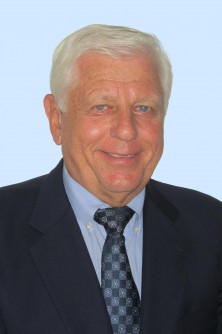 Newswise — The Ochsner Clinic Foundation recently announced that the 29th annual recipient of the prestigious Alton Ochsner Award is Charles H. Hennekens, M.D., Dr.P.H., the first Sir Richard Doll professor and senior academic advisor to the dean in the Charles E. Schmidt College of Medicine at Florida Atlantic University. The Alton Ochsner Award is supported by the Ochsner Clinic Foundation and recognizes outstanding scientific achievements that have provided pivotal insights into the fundamental biological and clinical mechanisms that relate tobacco consumption to human disease. Hennekens will receive a cash award, a special medallion and a scroll, which will be presented to him at the Annual Convocation of the American College of Chest Physicians during its scientific sessions taking place in Austin, Texas on Sunday, Oct. 26.

Hennekens seminal work on smoking includes being among the first to discover that for heart disease it is never too late to quit, but for cancer it is never too early. He was also among the first to demonstrate that in women of childbearing age, oral contraceptives pose a relatively small absolute risk of heart attack, but that cigarettes increase the risk about 13-fold. For those who use oral contraceptives and smoke the increased risk is 40-fold. Ochsner was a mentor of Michael DeBakey, M.D., a world-renowned cardiothoracic surgeon, and together they were among the first to note in the late 1930s that virtually all of their patients with lung cancer smoked cigarettes. In 1950, Sir Richard Doll and Sir Austin Bradford Hill were the first to quantitate the relation of cigarette smoking with lung cancer.

The Alton Ochsner Award was instituted in 1986, and prior awardees include Doll and Hill in 1988, and DeBakey in 1993. Doll and Professor Sir Richard Peto have been his mentors, colleagues and friends so Hennekens recollected the words of Charles Darwin who said “if I have seen further it is because I have stood on the shoulders of giants.”

The numerous honors and recognition Hennekens has received include the 2013 Fries Prize for Improving Health for his seminal contributions to the treatment and prevention of cardiovascular disease, the 2013 Presidential Award from his alma mater, Queens College, for his distinguished contributions to society, and special recognition in 2013 from the American Heart Association, which he shared with FAU’s Charles E. Schmidt College of Medicine, for past, current and future contributions to reducing suffering and death from heart attacks and strokes.

Science Watch ranked Hennekens as the third most widely cited medical researcher in the world from 1995-2005, and five of the top 20 were his former trainees and/or fellows. In 2012, Science Heroes ranked Hennekens No. 81 in the history of the world for having saved more than 1.1 million lives. – FAU –