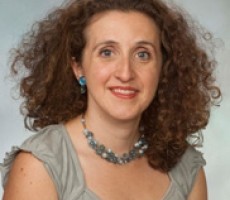 After the dating site OkCupid revealed it conducted experiments with its users, public outrage ensued. One experiment presented potential partners to users as 90 percent compatible when the algorithms had placed their compatibility at 30 percent.

Another experiment ran profiles with pictures and no profile text for half of its test subjects, and vice versa to see if people responded solely to the pictures. Likewise, in June, Facebook admitted that it changed some news feeds to control which emotional expressions the users were exposed to over a one-week period for a research project.

Two Buffalo State professors can provide insight into this phenomenon. Ramona Santa Maria, assistant professor in SUNY Buffalo State’s Computer Information Systems (CIS) Department who has studied emerging technologies and social media, noted that companies do such things to advance their business model and break through “the noise in the media realm.”

“In theory, OkCupid performed the experiments to help its users and to launch a new app, Blind Date, but the way they manipulated users is a little over the line,” she said.

“While both of these companies in their terms of service have a clause saying we can use your data as we want, OkCupid crossed a line because it is impacting real lives,” Santa Maria said. “It might make you sad or angry if you don’t see photos on Facebook, but it’s not going to change your life and you’re not going to send Facebook more money, whereas on a dating site you might.”

Jennifer Hunt, associate professor of psychology and women and Buffalo State Gender Studies Program coordinator, noted that social psychologists who study relationships have been using these kinds of manipulations for decades. However, there is an ethical problem with conducting research without informed consent and debriefing.

“Human participants have the right to know that someone wants to study them, to know what that research will involve, and to make a decision about whether or not they wish to participate,” Hunt said, “Researchers also have an important ethical obligation to debrief participants after the study is over, explaining what the research involved and, if necessary, restoring participants to their pre-study states. My understanding is that neither of these procedures was followed by OkCupid, which is ethically problematic.”

The Computer Information Systems program studies the use of software, hardware, data, networks, and the Internet to design and develop information technology systems. The bachelor of science degree in CIS prepares students for positions in the information technology field, providing them with the knowledge and organizational skills necessary for a variety of subsequent career paths, including programmer, systems analyst, network administrator, Web developer, and database administrator.

The Psychology Department offers two undergraduate degrees and a minor in psychology. The department provides undergraduates with internship and research opportunities usually only offered to graduate students. Buffalo State graduates in psychology have pursued careers in human services, human resources, research, counseling, and other fields.