Approximately one in seven Toledo residents live in underserved areas

ProMedica opens Market on the Green in a Toledo-area food desert. 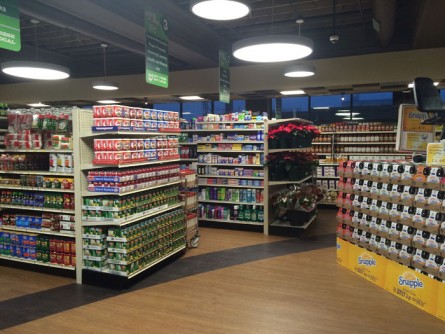 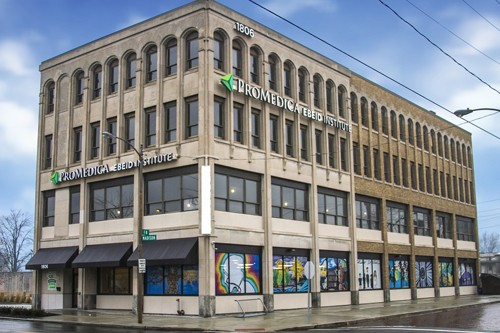 Newswise — TOLEDO, Ohio, December 17, 2015 – ProMedica is taking what some consider to be a unique approach to health care with a focus on food as preventive medicine. The health system has opened a full-service grocery store called Market on the Green to help improve health outcomes in one of Toledo’s underserved areas. The market sells meat, produce, dairy products, locally baked goods, frozen foods and toiletries. Many of the products are produced locally. ProMedica hired full and part-time employees with prior retail experience to operate the market.

Market on the Green is located in Toledo’s UpTown community, an area that was considered to be a food desert because it lacked access to healthy and affordable food. ProMedica identified the location with the assistance of Chicago-based Mari Gallagher Research and Consulting Group which is known for its work on food deserts. Approximately one in seven Toledo residents live in food deserts which often have a high population of people with diabetes, heart disease and other chronic health conditions. Many chronic diseases are diet-related according to a 2016 Hunger Report published by Bread for the World Institute.

Market on the Green is one of the latest ways that ProMedica is addressing hunger, food insecurity and other root causes of poor population health. The market is housed within the ProMedica Ebeid Institute named after a Michigan businessman and philanthropist, Russell Ebeid. Ebeid donated $1.5 million to renovate the four-story building, donated by the city of Toledo. In 2016, the center will begin offering basic health screenings and education, healthy cooking classes, job training and literacy courses.

“We are extremely grateful to Mr. Ebeid and the city of Toledo and intend to utilize this gift to help improve economic and social conditions in the UpTown community,” said Randy Oostra, ProMedica president and chief executive officer. “We believe that health systems such as ProMedica should act as catalysts, innovators and leaders to improve the health of individuals and communities.”

Since 2013, ProMedica has been working on a national level to raise awareness about hunger as a health issue, address food insecurity and increase access to healthy and affordable food in underserved communities. The health system has hosted a series of hunger summits, named Come to the Table, in partnership with the Alliance to End Hunger and U.S. Department of Agriculture, in several major U.S. cities, including Atlanta and Washington, DC. ProMedica continues to implement programs to reduce hunger and food insecurity, including a food reclamation program. This year, the health system began screening patients for hunger and food insecurity in its hospitals and primary care offices.

For more information about ProMedica’s hunger initiatives, visit www.promedica.org. ProMedica is a mission-based, not-for-profit healthcare organization serving northwest Ohio and southeast Michigan. The 13-hospital system has more than 17,000 employees, 2,300 physicians with privileges, and more than 800 healthcare providers employed by ProMedica Physicians. Additionally it offers a health plan, Paramount, which serves 320,000 members including more than 225,000 members in the statewide Medicaid plan. Driven by its Mission to improve your health and well-being, ProMedica offers a full range of diagnostic, medical and surgical specialties in areas such as emergency medicine and trauma, behavioral health, heart and vascular, oncology, orthopaedics, neurology, and women’s and children’s services. The health system has been nationally recognized for its advocacy programs and efforts to raise awareness about hunger as a health issue. For more information about ProMedica, please visit www.promedica.org/aboutus. ###

Caption: ProMedica opens Market on the Green in a Toledo-area food desert. 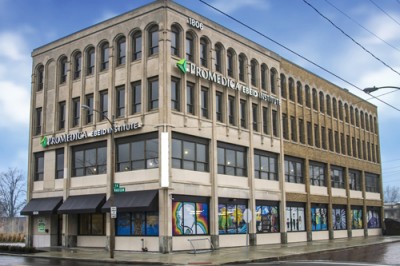