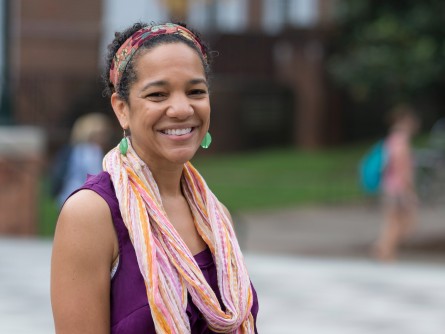 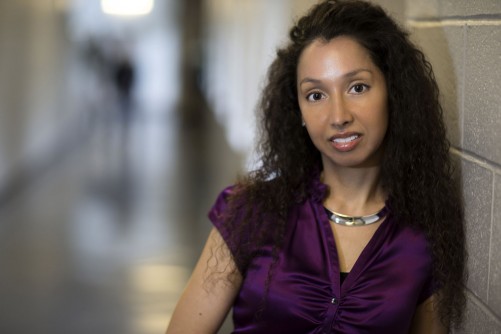 Newswise — Two University of Virginia professors who are studying the community and peer influences on disadvantaged young people are among five researchers nationwide selected to receive major support from the William T. Grant Foundation – support that one U.Va. dean calls “perhaps the most prestigious award given to early career scholars in the social sciences.”

The foundation, which is dedicated to improving the lives of young people, named psychology professor Noelle Hurd and education professor Joanna Lee Williams as Grant Foundation Scholars. The program supports promising early-career researchers from diverse disciplines who have demonstrated success in conducting high-quality research and are seeking to further develop and broaden their expertise.

As scholars, Hurd and Williams, both assistant professors, each will receive $350,000 in research support over five years, plus intense mentoring by scholars in their fields. They also will have the opportunity to attend ongoing training sessions and participate in annual meetings with a larger network of scholars.

This is only the third time since the launching of the scholars program in 1982 that more than one scholar from the same institution has been selected in the same year. Joseph Allen, a U.Va. professor of psychology, is the only previous Grant Scholar from U.Va. He was named in 1991.

Noelle HurdThrough three interconnected research projects, Hurd’s grant will examine how family and neighborhood settings support the development of mentoring relationships between economically disadvantaged African-American adolescents and the adults in their everyday lives.

Focused on at-risk, low-income, young people and the varied neighborhood factors that influence supportive intergenerational relationships, Hurd will develop skills in the design and implementation of multilevel and mixed-methods studies to assess the influences of families and neighborhoods on natural mentoring relationships.

Patrick Tolan, a professor at U.Va.’s Curry School of Education, will mentor Hurd, along with professors at Harvard University and the University of Massachusetts-Boston.“The William T. Grant Scholars Award will provide me with a remarkable opportunity to substantially build my academic career and advance me toward my ultimate goal of using research to improve the lives of marginalized adolescents,” Hurd said.

“During Professor Hurd’s brief time at U.Va., she established a thriving laboratory and continues to publish high-quality journal articles, as well as excelling as an instructor,” said David Hill, who chairs U.Va.’s psychology department. “In short, she is a model junior faculty member for the entire College of Arts & Sciences and this fellowship will put her on a steep trajectory to be a major contributor to her important research area.”

Joanna Lee WilliamsWilliams, an assistant professor of educational psychology in applied developmental science in the Curry School, will explore if and how diverse peer groups benefit adolescents in diverse middle schools.

According to Williams, evidence suggests that youth in ethnically diverse schools report less victimization, feel their schools are safer and have higher self-esteem than peers in less diverse schools, but there is little understanding of why, or of how to capitalize on ethnic diversity as an opportunity for student growth.

“As I began to consider the ethnic identity of peer groups in middle school, I was curious to know how that group identity is impacted by and how it impacts the beliefs and experiences of individuals,” Williams said. “I began asking questions like, ‘What is happening in middle schools where some peer groups are ethnically diverse and others are much more homogeneous? What do young teenagers gain by being in a group of diverse friends?’”

Robert Pianta, dean of the Curry School, said the foundation’s grant to Williams will be pivotal – both for her career and potentially for her field of study.

“This is perhaps the most prestigious award given to early career scholars in the social sciences and it reflects not only Joanna's remarkable accomplishments to date, but the creativity of her plans for career development,” he said. “Her proposal examines extraordinarily important processes in middle schools involving peer interactions and relationships. Her work will have important implications, not only for better understanding development during this phase, but also for the design of educational settings and the training of teachers and school leaders.”

Williams added, “Not only will this project allow me to understand the benefits and barriers youth perceive when navigating diverse schools, but the nature of the project will also allow me to think innovatively by incorporating perspectives from sociology and social network science to complement my training in developmental psychology.”

The Scholars ProgramLaunched in 1982, the Scholars Program supports the professional development of promising early-career researchers in the social, behavioral and health sciences. To date, the program has sponsored more than 150 up-and-coming researchers. The 2014 class comprised five scholars.

“We are pleased to support this terrific group of young Scholars,” said Vivian Tseng, vice president for the program. “They are tackling important questions facing young people of color in our nation’s schools, neighborhoods and social service systems.”

Each year, the foundation selects four to six new William T. Grant Scholars from a highly competitive pool of applicants, who are nominated by their supporting institutions. A selection committee of prominent senior academics reviews the applications.# # # 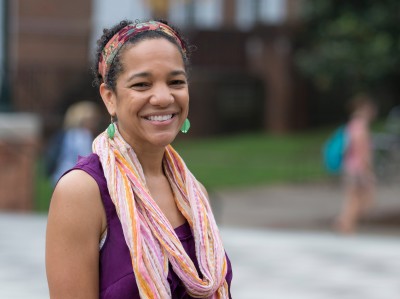 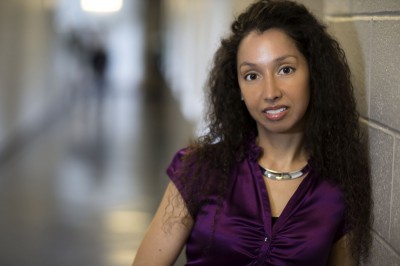