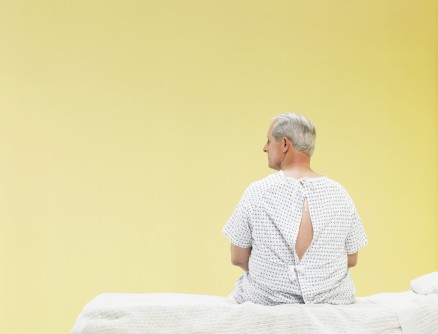 Session:  A25 Critical Care: How to Get it Done in the ICU – Tools and Tricks of Implementation in Critical Care

Newswise — ATS 2017, WASHINGTON, DC ─ According to a new study, patients with sepsis, a life-threatening complication of an infection, had delays approaching one hour in being given antibiotics when seen in emergency rooms that were overcrowded. The study was presented at the 2017 American Thoracic Society International Conference.

Dr. Peltan pointed out that each one-hour delay in antibiotics is associated with a 7-10 percent increase in the odds of dying from sepsis.

Dr. Peltan and colleagues looked back at the medical records of patients admitted to an intensive care unit after being seen in the emergency departments of two community hospitals and two tertiary referral centers in Utah between July 2013 and December 2015. Patients whose records were in the hospitals’ joint sepsis registry were eligible for study inclusion if they exhibited sepsis on ER arrival.  Emergency department workload was measured based on the ratio of registered patients to available beds. They identified overcrowding as the presence of more registered ER patients than available beds and conducted statistical analyses that examined the association between emergency dept. crowding and door-to-antibiotic time after adjusting for a number of variables including (but not limited to) nighttime ER arrival and indicators of illness severity.

The researchers found that, of 945 patients studied, 128 (14 percent) arrived when registered emergency department patients already exceeded the ERs’ licensed beds.  Patients received antibiotics within three hours in 83 percent of all cases in uncrowded ERs, but 72 percent of the time when the ER was crowded.  In the adjusted analysis, patients who presented to a crowded ER rather than an empty ER waited an extra 47 minutes for antibiotics and were three times less likely to start antibiotics within three hours, the initiation window recommended by Medicare and international guidelines.

Methods: We conducted a retrospective cohort study of patients admitted to an intensive care unit after presenting to the EDs of two community hospitals and two tertiary referral centers in Utah between July 2013 and December 2015. Patients entered in the hospitals’ joint sepsis registry were eligible for inclusion if they exhibited sepsis on admission, as defined by antibiotic initiation in the ED and an increase in the SOFA score ≥2 compared to baseline. ED workload was quantified by the ED occupancy rate (the ratio of registered patients to available ED beds). Occupancy rate ≥1 defined ED crowding. We employed multivariable regression to examine the association between ED workload and door-to-antibiotic time after adjustment for patient age, sex, comorbidities (Charlson score), nighttime ED arrival (10 pm-6:59 am), and indicators of illness severity (APACHE II score, arrival shock, and acuity score).

Results: Of 945 eligible patients with complete data for multivariable regression, 128 (14%) arrived when registered ED patients already exceeded licensed ED beds (occupancy rate ≥1). Aside from a decreased median ED length of stay (222 [168-286] vs. 244 [188-312] minutes, p=0.016) and higher probability of nighttime admission (19% vs. 5%, p<0.001) when EDs were not crowded, demographic and clinical characteristics were similar in patients presenting to uncrowded versus crowded EDs. Overall median door-to-antibiotic time was 115 minutes (IQR 77-162) when occupancy rate was

Conclusion: As measured by the ED occupancy rate, ED crowding was associated with a nearly one-hour delay in antibiotic administration for septic patients. Crowded EDs may particularly benefit from interventions to speed antibiotic initiation.