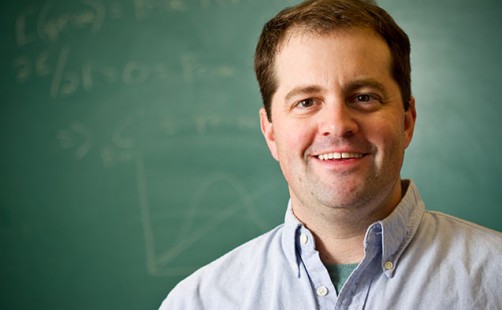 Newswise — That tee shot lost in the rough or hit in the water at Augusta is likely to be followed by a risky, aggressive second shot — a decision you might expect from a recreational golfer, not a pro.

Research by Wake Forest University sports economist Todd McFall suggests that a faction of players beginning holes with penalty strokes will regularly take greater risks in their subsequent shots to avoid any additional strokes—a decision predicted by behavioral economics that can lead to disastrous consequences for golfers’ performances.

“Our findings support the basic tenants of prospect theory - top players have a hard time sticking to their game plan, even after a setback,” said McFall. “When players try to do too much to compensate for a poor prior shot, we found it has few benefits and often sets them back even further. Even for top professionals, it's important to find a way to avoid making mental errors. Think about Zach Johnson’s 2007 Masters win where he didn’t try to reach a green with his second shot all week, yet birdied 11 of 16 holes. He never tried to overreach.”

The study presents a rare glimpse into the decision-making patterns of professional golfers by using real data from more than 10 years of U.S. PGA Tour events. For this research, McFall had access to the PGA Tour’s ShotLink database, which contains a record of every shot a professional player takes on the tour.

McFall studied golfers playing on par five holes, comparing the behaviors of players in three categories: those penalized for a lateral water hazard tee shot, those penalized for an out-of-bounds tee shot, and those with no penalties on their first shot. The data showed that golfers with an out-of-bounds penalty or a lateral water hazard penalty were much more likely to adapt riskier approaches compared with their non-penalized rivals.

“Loss aversion leads penalized golfers to violate not only basic economic principles regarding efficient decision making, but also golf orthodoxy, which is to play one shot at a time regardless of previous outcomes.” McFall says. “The cost they suffer for this is inefficient performance and ultimately, higher scores”.

“Loss Aversion on the Links: Penalized Pro Golfers Fall Prey to Decision Bias” has been published in The International Journal of Applied Behavioral Economics. A PDF of the article is available upon request.

McFall has commented on sports economics and regulations for CNBC, Reuters, International Business Times, among others.